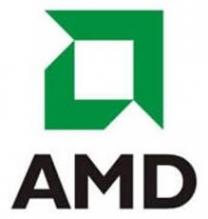 "Overall weakness in the global economy, softer consumer spending and lower channel demand for our desktop processors in China and Europe made the closing weeks of the quarter challenging," said Rory Read, AMD president and CEO. "We are taking definitive steps to improve our performance and correct the issues within our control as we expect headwinds will continue in the third quarter as the industry sets a new baseline. We remain optimistic about our core businesses as well as future opportunities with our competitively differentiated next-generation Accelerated Processor Units (APUs). Our recently launched Trinity APU continues to gain traction with customers. We are committed to driving profitable growth."

AMD's outlook statements are based on current expectations. The following statements are forward-looking, and actual results could differ materially depending on market conditions and the factors set forth under "Cautionary Statement" below.

AMD expects revenue to decrease 1 percent, plus or minus 3 percent, sequentially for the third quarter of 2012.

For additional detail regarding AMD's results and outlook please see the CFO commentary posted at quarterlyearnings.amd.com.