Mozilla, a nonprofit organization dedicated to putting the power of the Web in people's hands, today announced that the Mozilla Marketplace will open for developers to submit Web apps at Mobile World Congress. By building on open Web technologies like HTML5 and Mozilla-proposed APIs, the Mozilla Marketplace will enable developers to write one app that runs across devices and platforms. As part of Mozilla's mission to keep the Web open and put people in control of their Web experience, users can buy apps once and use it on any HTML5-enabled device. 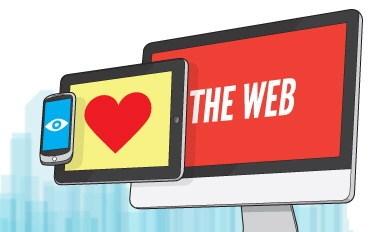 "The Web is the largest platform in the world. We are enabling the Web to be the marketplace, giving developers the opportunity to play on the biggest playing field imaginable," said Todd Simpson, Mozilla's Chief of Innovation. "By building the missing pieces, Mozilla is now unlocking the potential of the Web to be the platform for creating and consuming content everywhere."

The Mozilla Marketplace enables developers to create and distribute applications that work across HTML5-enabled devices and operating systems (OS). Mozilla is advancing the Web as a platform and closing the technology gap between Web and native apps, creating new APIs and putting developers back in control of every aspect of the app experience - from easy development and distribution to direct consumer interaction.

The Mozilla Web Apps platform gives content owners, operators and service providers an unprecedented direct connection to their customers and limitless possibilities for consumer interaction and customized experiences, while also enjoying open and flexible billing options. What's more, the "write once, deploy everywhere" nature of the platform will massively reduce the cost of creating, versioning and maintaining applications, enabling a truly open, standards-based Web that advances opportunity and innovation for all.

- The Mozilla Marketplace, the first operating system- and device-independent market for apps based on open Web technologies like HTML5, JavaScript and CSS.

- New Mozilla-proposed APIs that advance the Web as a platform and will be submitted to the W3C for standardization.

- A new identity system for the Web that puts users in control of their content, tying apps to the user and not the device or platform.