It looks like cash will start to flow again for former photography pioneer, Eastman Kodak Co.

After filing for bankruptcy on Thursday 19th Jan, the company have since been granted permission by the Manhattan bankruptcy court to access a loan to pay suppliers, refinance debt and meet costs for essential restructuring. The full amount of the loan, financed by Citygroup is $950 million but the company will have to return to court to receive the rest at a later date. 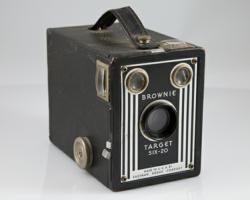 Kodak's downfall is largely believed to be a result of their failure to embrace the digital era. For many years the company chose to focus on film, then digital printing and patent litigation while rivals such as Fuji successfully concentrated on digital cameras.

Kodak have also claimed in court papers that techno giants Apple, makers of the iPhone 4S and iPad, along with HTC and Blackberry producers Research in Motion, sped up their decline by delaying negotiations over patent litigation.

While the decision to approve the loan was met with some resistance by note holder groups, concerned that the terms of the loan may not be beneficial to creditors, Citygroup and many Kodak supporters believe the company is worth saving.

It is hoped that the loan and Kodak's attempts to restructure and redefine their position in the market will at least enable them to continue. The company currently have many businesses which are still profitable so it is expected that in the future the company will shrink, employing fewer people.

In an interview for US channel 'Bloomberg Television', former Kodak chief marketing officer, Jeffrey Hazelett said he believes Kodak will recover, he just thinks it will take more than restructuring to survive. 'There are a lot of people inside the company who believe their best days are behind them,' he says. 'They've really got to change the mood within the company and decide where they want to go.'