Shuttle released its new J3 5800G, the smallest yet most powerful PC which packs in the world's fastest processor and graphics card, to the U.S. market at E3 2010

"Even before we officially released the Shuttle J3, we've been receiving calls pretty much every day from enthusiasts, scientists, and even corporate execs asking for it. That's why we put up the pre-order page but even those sold out before the actual product arrived," said Nicolas Villalobos, Director at Shuttle Computer Group in Los Angeles. "Our new shipment just arrived and I'm thrilled to announce our official U.S. release of the J3 5800G today at E3 2010."

Some of the latest up-and-coming video game demos at E3 2010 are powered by the new Shuttle J3 - designed for gamers, enthusiasts, and professionals requiring the highest performance in the smallest size. It supports high to extreme performance configurations up to the Intel® Core™ i7-980X Extreme Edition "Gulftown" - the world's fastest processor featuring six-cores - and the NVIDIA® GeForce® GTX 480 - the world's fastest graphics card. ] 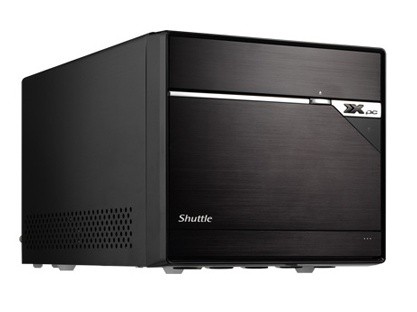