Vienna, June 10th 2010 - Last week's Computex Taipei trade show saw the first public showing of several upcoming Noctua products and prototypes such as an upgrade to the C-series of down-draft CPU coolers, possible additions to the U and D-series as well as a new low profile heatsink. Giving an exclusive insight into our current projects, we've gathered excellent feedback from our sales partners, visitors and members of the international press. 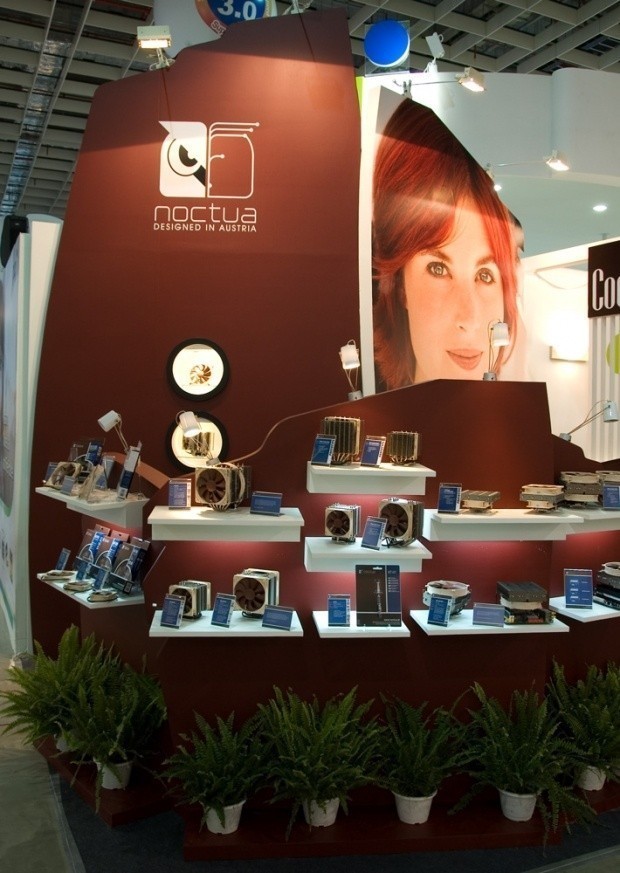 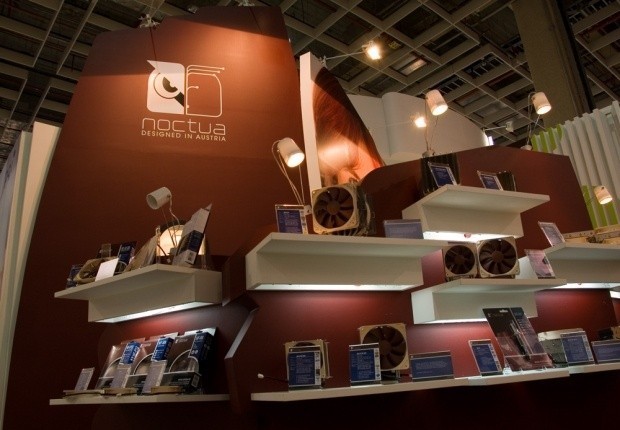 First off, we've been exhibiting four tower-style prototypes following in the footsteps of our current U and D line of CPU coolers. The two D-style heatsinks pick up the dual-radiator design of our award-winning NH-D14 and adopt it to 120mm and 92mm size. Due to the asymmetric construction of the 120mm prototype, the heatsink doesn't overhang the RAM slots on LGA1156 and thus allows for improved compatibility with tall memory heatspreaders. Measuring 95mm by 95mm, the prototype with 92mm fan is the same size as the LGA1156 socket square and hence allows for optimal compatibility with high profile RAM or chipset heatsinks too. 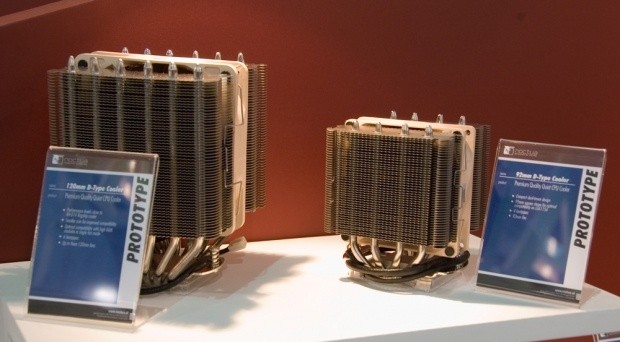 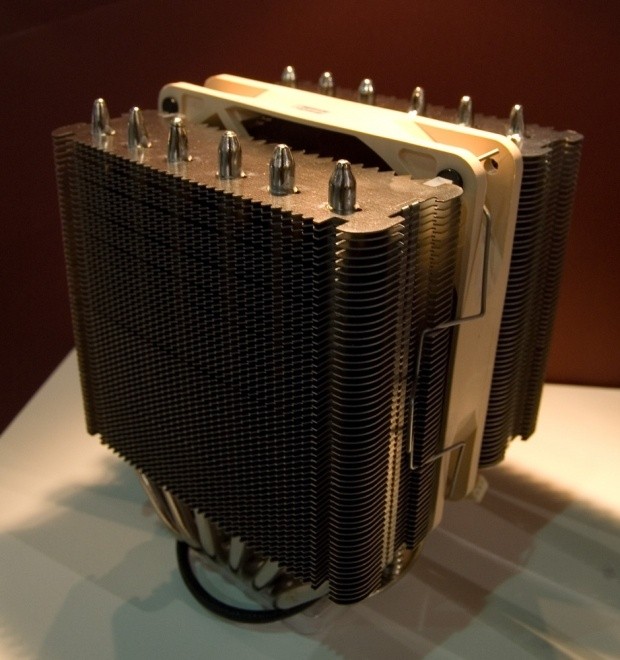 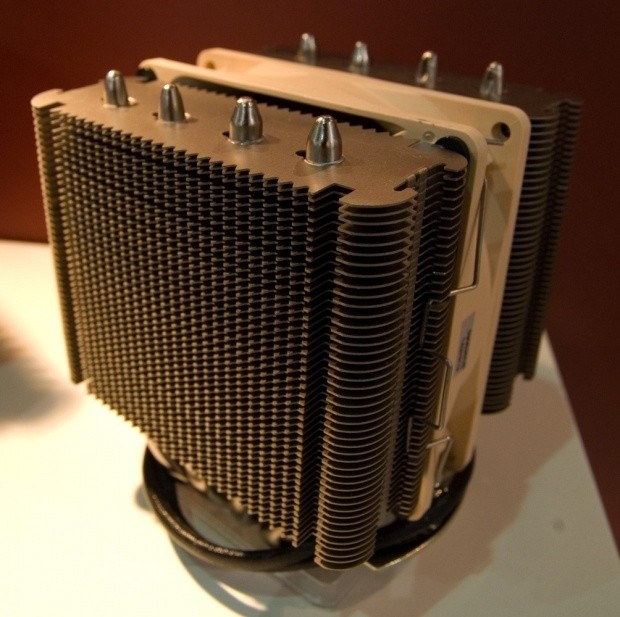 The two U-style prototypes address the same concern employing the single-tower architecture of our U12P and U9B series: Due to the asymmetrical layout of the heatsinks, the fan doesn't overhang the RAM slots, ensuring full compatibility with tall memory modules. Upgrading the number of heatpipes from four to five (92mm) and seven (120mm), the two U-type prototypes provide a significant boost in cooling performance compared to the popular U12P and U9B series. 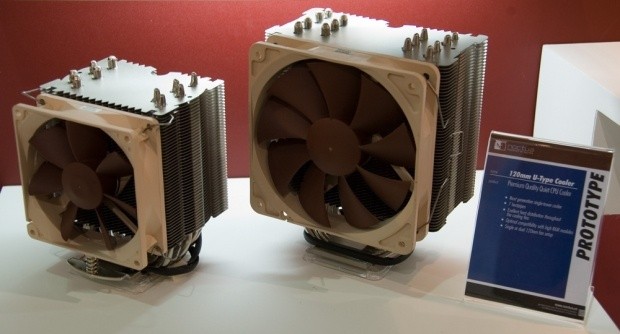 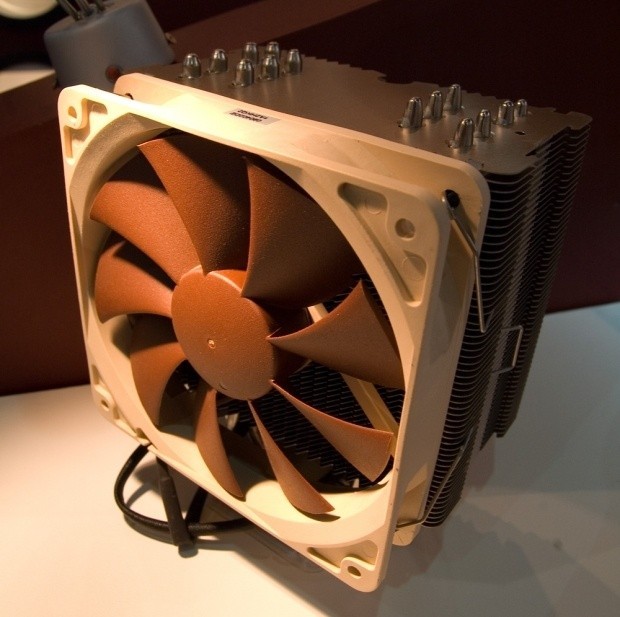 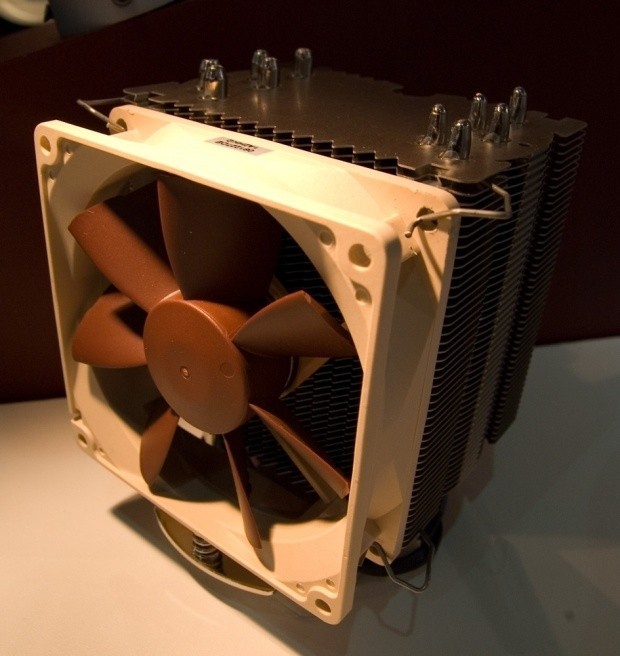 Following a frequent request by customers and journalists alike, we also showed the first prototype of a Noctua low-profile cooler aimed at small form factor cases. The 120mm/80mm dual fan design allows for excellent flexibility as the cooler can be run either with both fans for maximum performance or only with the 80mm fan underneath the fin-stack. Used this way, the height of the cooler is only 63mm, making it ideal for use in slim cases for HTPCs and media centre applications. 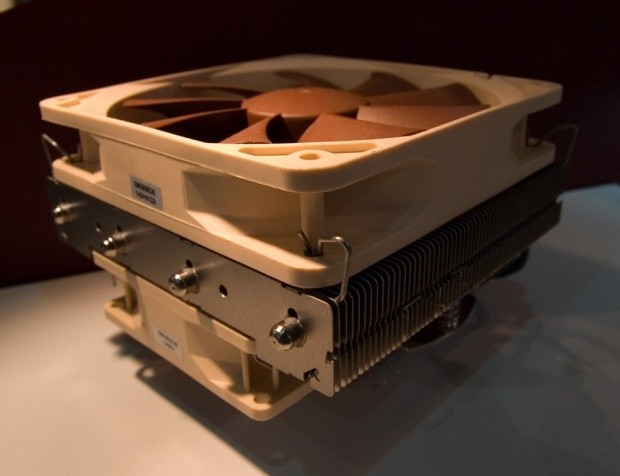 Last but not least, we've given a preview of an upgrade to our C-line of coolers. Featuring a 140mm wide heatsink and an NF-P14 FLX 140mm dual fan configuration, this down-draft cooler is rivalling the cooling performance of high-end tower models such as our much acclaimed NH-U12P while being much lower in height and providing more airflow over near-socket mainboard components. The two NF-P14 fans can be installed on top and underneath the fin-stack to configure the cooler for maximum performance in dual fan mode and either lower profile (105mm) or maximum component clearance in single fan modes. 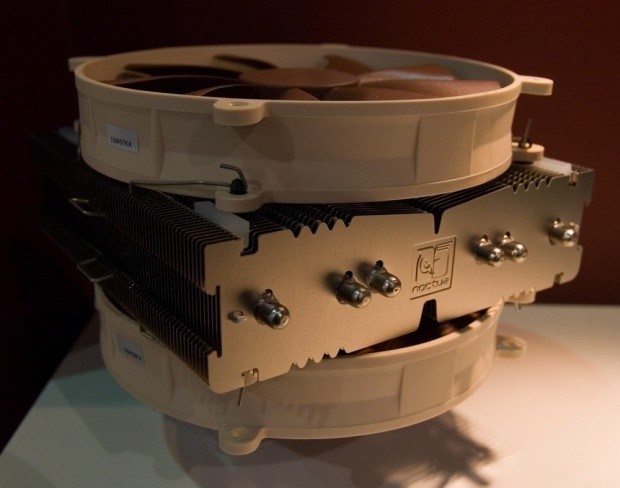 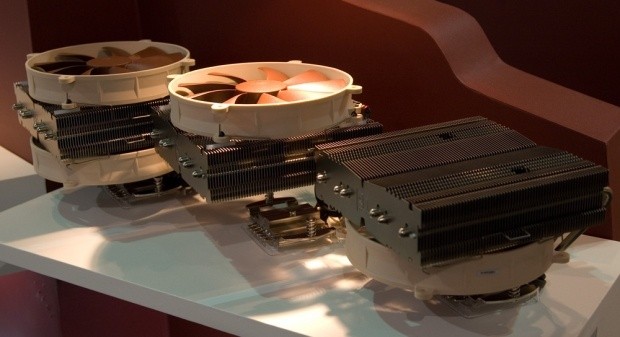 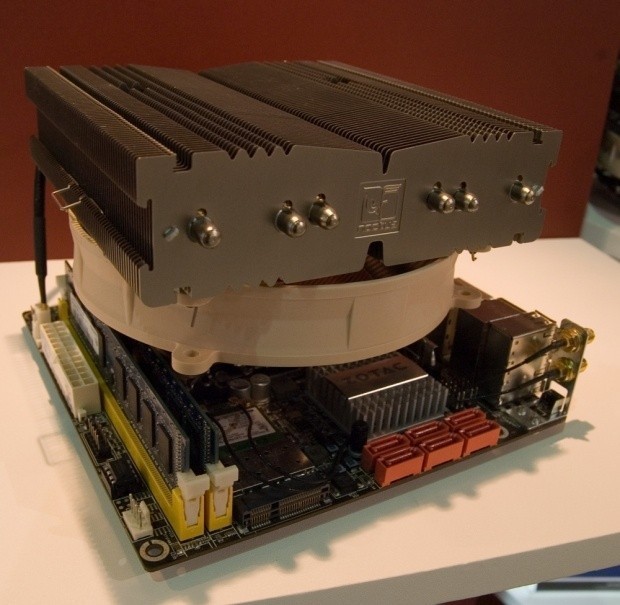 Designed in Austria, Noctua's premium cooling components are internationally renowned for their superb quietness, exceptional performance and thoroughgoing quality. Having received more than 1000 awards and recommendations from leading hardware websites and magazines, Noctua's fans and heatsinks are chosen by more than a hundred thousand satisfied customers around the globe.