Previously revealed at ChinaJoy in Shanghai in 2016, Boundary is the first of the China Hero Project titles to benefit from the program to help fund and bring Chinese games to the global market. The multiplayer tactical space-based shooter puts players in the role of a heavily armed astronaut in space engaging in fierce zero gravity firefights and executing low-gravity operations on orbiting space installations against enemy astronauts and other entities. 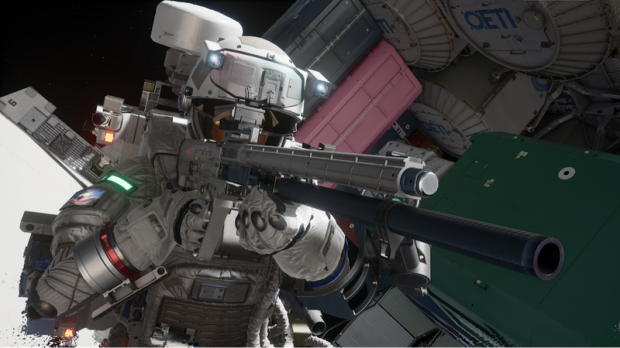 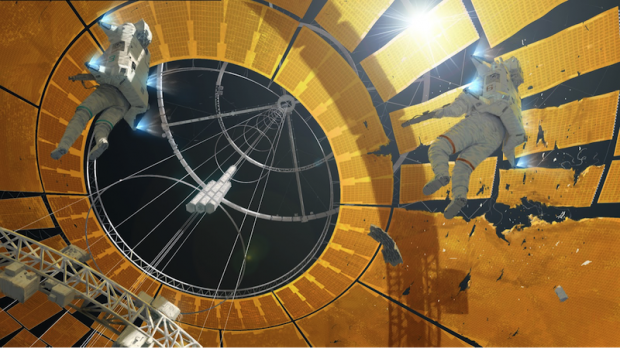 Space has provided a new frontier for man to explore and populate as the Earth reaches capacity and natural resources dwindle. The invention of space-elevators make getting up to orbiting facilities both affordable and convenient in this not-too-distant future. Along with this new exploration and life in space, a new breed of scum and villainy emerges as governments, mercenaries, pirates and outlaws are hell bent on plundering the universe of valuable goods to sell on the black market or keep for themselves.

A new breed of criminal enterprise means a new breed of galactic enforcement is required, so specially trained tactical astronauts take the fight to the harsh extremes of space in order to intercept hijackers and criminals with lethal force in interdiction missions.

"We couldn't be more excited to announce that Boundary will be coming to console for North America and Europe later this year," said Frank Mingbo Li, CEO, Technical Director and Founder of Surgical Scalpels. "The support from the China Hero Project has enabled us to bring a new and exciting tactical shooter to a global audience of FPS and sci-fi fans."

With a whole host of customization options for players to choose from, Boundary aims to provide a tailor made approach to loadouts, space suits and tactical space warfare. Weapons range from machine pistols to converted assault rifles and more powerful sniper rifles, all of which utilize a modular upgrade system to mix and match at the player's preference. Players can also customize individual weapons using a huge range of available components including optical sights, muzzles, stocks, barrels and foregrips.

Boundary's class based system means that players can change up their tactical setups between light, medium or heavy, and classes must utilize EVA mobility units - a type of rocket pack to propel themselves in zero gravity. Equipped with external pylons, these mobility units can attach a variety of ordinance in the form of radar guided rockets, EMP grenades and defensive countermeasures. Designed as a light MOBA styled game with 5 Vs 5 tactical combat, Boundary is setting its sights on delivering a fast and agile shooter geared around player customization.

Ammunition types also have a tactical role to play in Boundary, and players can configure a mixture of ammunition types in their weapons. Lethality can be increased by mixing armor piercing rounds with explosive rounds and EMP rounds, causing catastrophic damage and affecting an enemy's ability to respond. Aside from the traditional Deathmatch and Free For All modes, Boundary will also include Facility Capture and Orbital Purge game modes. Multiplayer maps aim to provide a mixture of space installations to fight amongst, including the wreck strewn debris field of a Space Elevator that will be revealed later this year.

Boundary will initially launch on PlayStation 4 with an Xbox One and PC version for Steam currently under consideration.