Join the Steam free weekend and fight the Conquest by yourself or join hands and cooperate with others in this completely new gamemode. 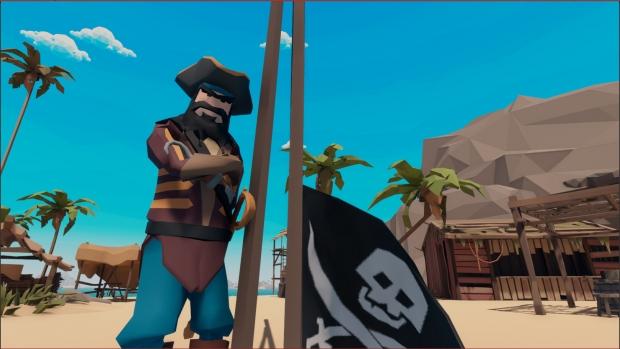 Eindhoven, The Netherlands - Dutch game studio Craft Game Studio has just announced a release date for the next major update of their virtual reality pirate game: Crooked Waters. Crooked Waters: Conquest - as the new update is called - will be released the 21st of June this year. Besides a ton of new features that come with this update, the cornerstone will be a whole new gamemode where you fight your way through enemy territory and claim the well guarded treasure. All this can be played by yourself, coop or versus with up to 8 people.

It's time to Conquest!

Crooked Waters released in June 2018 with their multiplayer deathmatch gamemode. After release Craft Game Studio coped with the curse of receiving praising feedback about the game and its potential, but all came with the side note that there is a lack of players to start a full 4v4 multiplayer battle. With only three developers strong and no resources to support a separate single- and multiplayer gamemode, a plan had to be made that had this simple premise: We need a gamemode which can be played both single player and multiplayer.

In Conquest you can decide if you want to play by yourself, coop with friends or versus. The last one meaning you play the Conquest gamemode and competing for the same treasure against the other team.

Starting on your ship, you and/or your friends have to find, fight and destroy the three enemy outposts that defend the area. If you play versus it means that the other team is also fighting the same three objectives and that the threat of them coming around the corner is always there. So having one of your teammates on the lookout in the crows' nest could be crucial.

"That moment when you're fighting an outpost and suddenly the other team shows up. It never fails to excite me."

Once the three objectives have been destroyed, this huge fortress that is stationed in the center of the map will drop its defences. This gives you the opportunity to start the final assault on the center fortress that is heavily fortified by cannons, mortars and pesky skeletons that will defend the fortress to their "death". When defeated you can claim your precious treasure and declare yourself the conqueror of the Crooked Waters.

Crooked Waters: Conquest will release June 21st on Steam and will be free during that weekend for everyone. Besides the Steam free weekend, this will be a free update for everyone who owns a copy of Crooked Waters.