May 21, 2019, Ottawa, Canada - "Keep Talking and Nobody Explodes" is available on Oculus Quest, the new standalone VR headset from Oculus. 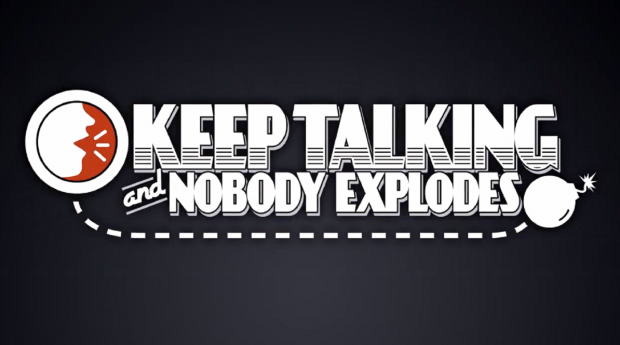 In this fast-paced, local cooperative game, players race against the clock to defuse bombs before time runs out. Keep Talking and Nobody Explodes requires two or more players, but only one headset, making it an excellent way to experience VR with friends and family.

"Keep Talking and Nobody Explodes" is available now for Oculus Quest through Oculus Store.

About "Keep Talking and Nobody Explodes"

One player is trapped in a room with a ticking time bomb they must defuse. The other players are the "Experts" who must give the instructions to defuse the bomb by deciphering the information found in the Bomb Defusal Manual. But there's a catch: the Experts can't see the bomb, so everyone will need to talk it out - fast!

Rounds are fast-paced, tense, occasionally silly, and almost always loud. Whether it's defusing a bomb or deciphering information from the manual, everyone has a crucial role to play. Players can easily join in as Experts by printing or viewing the Bomb Defusal Manual at bombmanual.com

About Steel Crate Games Steel Crate Games is a small game studio that's passionate about working with innovative technology and exploring new concepts. The team formed during the 2014 Global Game Jam when they created the first prototype of a light-hearted, bomb-defusing game called "Keep Talking and Nobody Explodes".