PARIS - May 16, 2019 - Asmodee Digital, a leader in digital board game entertainment, has released Talisman: Origins, a new fantasy adventure video game based on the cult favorite board game from Games Workshop.

This new adaptation, focused on a solo experience, allows players to explore and learn about the complete story of the world of Talisman, including the different elements of the Talisman: Digital Edition expansions, by exploring different books-each corresponding to a scenario set in the Talisman universe. With Talisman: Origins, players will enjoy a brand new way to discover the Talisman world. Featuring a compelling world of wizards, dragons and devils, Talisman: Origins gives players full strategic control of heroes and mythical creatures to defend the sacred chapels and ward off invading hordes from an opposing dungeon.

Talisman: Origins takes players back to the history of the world of Talisman, guiding players through the creation of the Crown of Command, the Return of Dragons, the Ifrit War and the Rise of the Guilds. By controlling 12 Talisman characters, including the exclusive new Great Wizard, they battle to save the land from malevolent fantastical forces, including dragons and demons. Those looking to take a walk on the wild side will be able to play as an evil overlord, deploying hordes of foes to destroy the heroic fortresses. Talisman: Origins features 20 quests spread across four campaigns, with a total of 100 challenges to complete. 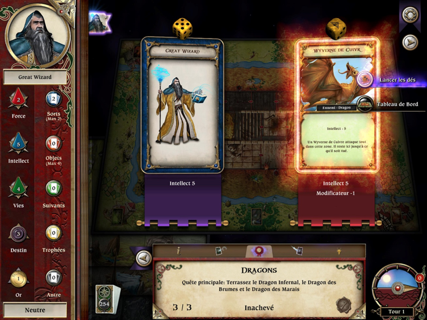 In addition to Origins' release, Asmodee Digital has also launched The Ancient Beasts downloadable content (DLC) for the original Talisman: Digital Edition, which adds a plethora of new content to the acclaimed 2014 version. In The Ancient Beasts, the sacred soil is now scorched and destroyed by wizards and witches while mysterious new forces have emerged in the form of long-dormant behemoths and titans of Talisman, finally awakening to a new quest for the Crown.

For additional info and codes for media reviews please reach out to:

You will find all the visual and PR materials available here.

Asmodee Digital, a fully owned subsidiary of the Asmodee Group, is an international publisher and distributor of digital board games with operations located in Europe, North America, and China. Asmodee Digital manages the creation, design, development, publishing, and marketing of board and card games on leading digital platforms - spanning mobile, PC, Mac, virtuality reality and consoles - for Asmodee studios as well as for third-party publishers.