CAMBRIDGE, Mass. and SINGAPORE, May 13, 2019 - A new study by MIT Technology Review Insights in association with ADP, Infocomm Media Development Authority of Singapore, Genesys, Splunk and the Asia School of Business explores the degree to which executives in Asia Pacific are expecting and preparing for the automation of job roles.

The report, "AI and human capital", also examines how staff working in companies across the region are responding to the increasing need to work "shoulder to software." 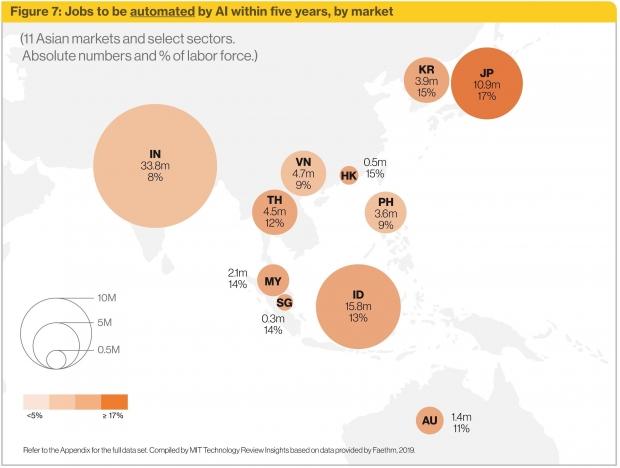 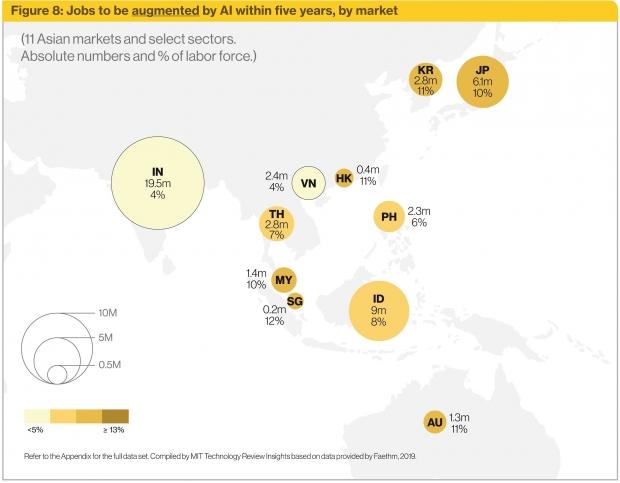 Featuring an executive survey of 900 leaders as well as a new data set provided by Faethm, a future-of-work cloud software company, the report shows, by country and industry, the proportion of formal sector jobs that will become redundant through automation, and the jobs that will be augmented by AI, making them more productive and highly skilled. The findings are as follows:

"Our research shows that many industries across the region will see rapid automation and the loss of jobs," says Claire Beatty, editor of the report. "In developed economies we're likely to see re-skilling and redeployment. In developing markets, much more systematic planning and preparation is needed."