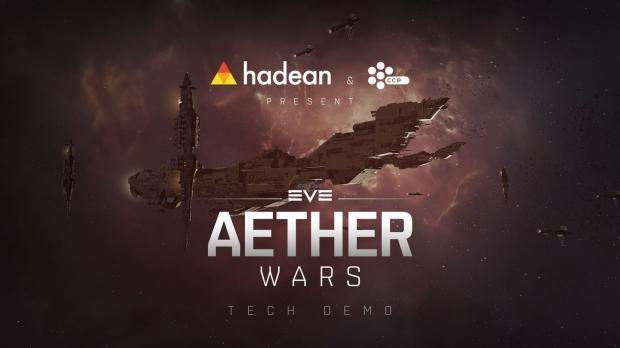 Taking place live on the first morning of Game Developers Conference in San Francisco, 3,852 players from across the globe battled each other for an hour in EVE: Aether Wars, with AI-connected clients joining the clash and pushing overall ships total to 14,274. Concurrent combatants peaked at 10,412, but it wouldn't be a battle worthy of EVE Online without an epic list of casualties and EVE: Aether Wars didn't disappoint, with 88,988 ships destroyed.

It's a huge milestone in the EVE: Aether Wars project between Hadean and CCP Games, as part of the continued drive to explore the future of large-scale multiplayer simulation.

EVE: Aether Wars was created to showcase the power of Hadean's Aether Engine, the world's first distributed simulation engine. Powered by Microsoft Azure, the Aether Engine allows developers to seamlessly scale their applications at increased speed and ease across the cloud.

CCP Games provided Hadean with EVE Online and EVE: Valkyrie assets for use in the EVE: Aether Wars tech demo, along with its own industry-leading games development expertise. This allowed Hadean to focus on solving the technical challenges faced by developers within large-scale online multiplayer environments. The ongoing collaboration between the two companies will seek to explore the potential for substantial changes to the technical infrastructure of EVE Online.

"We are thrilled to have successfully debuted the Aether Engine with EVE: Aether Wars," said Craig Beddis, Hadean's CEO. "A deathmatch of this magnitude couldn't have been achieved without the support of CCP and EVE Online's amazing community. After such an incredible showing at GDC, we're even more excited about the possibilities our partnership presents to push the technological boundaries of what's possible in the MMO space."

"We knew that Hadean's tech held massive potential, and I'm ecstatic to see that potential realised for the first time with EVE: Aether Wars," said Hilmar V. Petursson, CCP Games' CEO. "I remain convinced that our partnership will continue break new ground in virtual worlds, and we will continue to explore creative and exciting opportunities that ensure EVE will outlive us all!"

Hadean will host an 'offline' version of EVE: Aether Wars at its stand, S366 in South Hall, for the remainder of GDC. This will enable players to get a feel for how the technology works as they battle against hundreds of AI-controlled clients and against the other EVE: Aether Wars station at Hadean's stand. Attendees will also have the opportunity to chat with the engineering team behind the Aether Engine, who will be on-hand to answer questions about the project and Hadean's technology.

For further details on Hadean and the Aether Engine, visit www.hadean.com and www.aetherengine.io.

For more information about CCP Games and the EVE Universe, visit www.ccpgames.com/products.

EVE Online (PC/Mac) is a compelling, community-driven spaceship MMO game where players can build and pilot a wide variety of starships, traversing vast solar systems for free and choosing their own path from countless options, experiencing space exploration, immense PvP and PvE battles, mining, industry and a sophisticated player economy in an ever-expanding sandbox. EVE is a captivating game in which hundreds of thousands of players compete for riches, power, glory and adventure, forging their own destinies in a single thriving universe. For more information, visit www.eveonline.com.