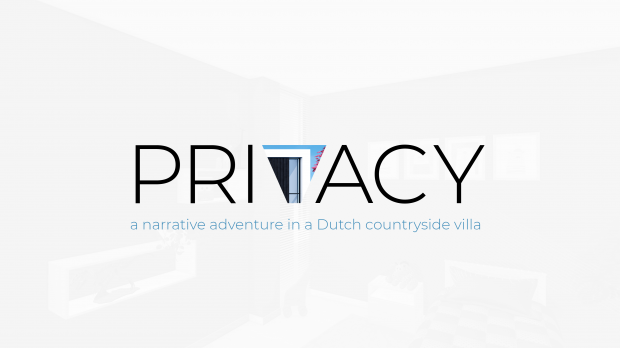 In the summer of 2079, you are sent to the home of Robert-Paul den Heer, the billionaire CEO of DENHEER, Inc. who has recently died in a car crash. You task is ostensibly simple: secure Mr. Den Heer's undisclosed research for the company. When you enter the house, however, you soon discover that Robert-Paul was a very complicated man.

Privacy is a narrative adventure in a Dutch countryside villa and the next game from solo developer Jim Offerman (Deus Ex: Human Revolution, Tomb Raider). "I've been a huge fan of the adventure genre since Myst and the 7th Guest", said Offerman, "and I am very excited to now deliver my personal take on the genre."

On your quest to uncover Mr. Den Heer's secrets, you are assisted by Hubert, a series 5 house A.I. Hubert is voiced with an unsettling calm by Anthony Ingruber (Batman: The Telltale Series, LEGO DC Super-Villains). "With Hubert, you will never be sure if his emotions are genuine", said Ingruber of the role.

Anthony Ingruber is a Dutch/Australian actor and voice actor. He is best known for his role as John Doe/Joker in Batman: The Telltale Series and Batman: The Enemy Within as well as playing the younger version of Harrison Ford's character William in The Age of Adaline.