London, United Kingdom - January 15th, 2019 - HyperX, the gaming division of Kingston Technology Company Inc., and brand leader in gaming and eSports, today announced the first HyperX We're All Gamers ad campaign which will run across television, digital and social in 2019. 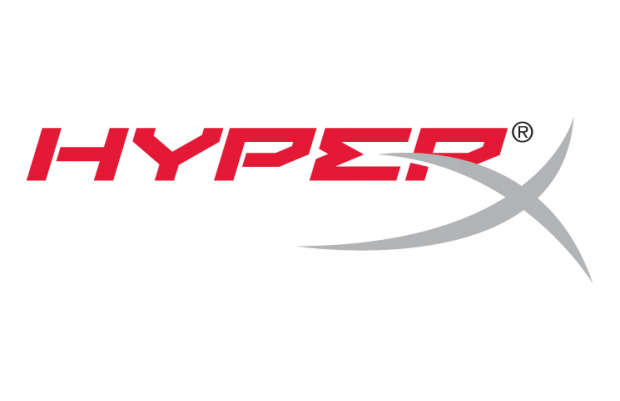 As the new presenting sponsor of NBA Saturday Primetime telecasts, We're All Gamers television spots will begin on January 19 and will continue through the playoffs and the NBA Finals on ABC and ESPN. In addition to commercial time, HyperX branding will be integrated into game time outs. ESPN's SportsCenter will also feature HyperX virtual set integrations several times throughout the NBA season.

The We're All Gamers campaign is designed to integrate into today's dual-screen world of watching on a big screen and looking down at a mobile device to watch the game or during breaks in between gameplay. Here is a 30 second campaign example with four influencers and their gaming spirits.

"Excited to be teaming up with HyperX and help push forward the gaming community. Get your headset and let's rock n roll boiii." - Post Malone, award winning music artist.

"No matter what I'm playing, I like to win. HyperX has captured that spirit with my gaming persona. Watch me dominate." - Joel Embiid, professional NBA basketball player

"I'm excited to share this animation HyperX has created for me. Looking forward to fragging more in 2019." - Shroud, top streamer

"Seeing how HyperX transformed me for this campaign was so cool. Gaming brings out the competitor in me, and I'm excited for everyone to see that come to life here." - Gordon Hayward, professional NBA basketball player

"HyperX helps me do what I love daily, looking forward to what's in store for us in 2019!"- Pokemane, top streamer

"When I'm not competing on the field, I'm gaming. HyperX has created an amazing persona for me that captures this passion. They even included Boujee on my chest!" - JuJu Smith-Schuster, professional NFL football player

"It's been great to see HyperX bring 'The Beast' philosophy to life in this campaign. We all have a gaming spirit that comes out when we compete, and HyperX has done an amazing job of capturing the idea that We're All Gamers." - Daigo, Street Fighter champion

"HyperX has been there with me since I was drafted in 2017 and always takes care of me. I've had fans make their own avatars of me before, so it feels good to finally have an official one that I helped create and inspire." - De'Aaron Fox, professional NBA basketball player

"Striving to become the best at CSGO is something special. I attribute my alias to the adrenaline rush I get from winning crucial moments in big games. It's really hard to match that feeling. HyperX helps me to achieve the thrill of winning." - Rush, professional CSGO player

In addition to commercial time and integrations on ESPN, campaign exposure may include VOD and social media channels like Twitter, Instagram and Facebook. The campaign is designed for viewing in multiple segment lengths of 6, 15, 30 and 60-second spots. HyperX will expand the campaign to Europe in the following months. The European part of the campaign will include Dele Alli and other top athletes; all of who are passionate about gaming.

"The We're All Gamers Campaign was developed to introduce HyperX to passionate NBA and gaming fans," said Paul Leaman, vice president, HyperX - EMEA. "Our gaming influencer's creativity exuded and helped us to develop their HyperX-illustrated gaming spirits in the 2019 campaign."

HyperX is a champion of all gamers. It doesn't matter if they play on console or PC, are NBA or NFL athletes, popular streamers or eSport professionals, or are even music icons - the thrill of gaming is what truly unites them all, and HyperX helps them game at their best. The integrated global We're All Gamers campaign in 2019 is expected to be the first of many new activities in promoting the HyperX brand to consumer and lifestyle audiences.