The SoulKeeper VR, recognized as one of the most visually stunning Virtual Reality Role Playing Game (VRRPG), reveals a brand new trailer. Showcasing its new upcoming, open world campaign, bringing innovative and groundbreaking mechanics in the field of VRRPGs, in the form of a second major Early Access release, tentatively scheduled for sometime in 2019. With Early Access version 2, The SoulKeeper VR game by HELM Systems is going to realize its long time goal of developing The SoulKeeper VR into a fully immersive, story-rich open world RPG. HELM Systems being developers in the field of VR for numerous years, have built quite an extensive experience experimenting with numerous mechanics and are familiar with what players expect or don't expect from VR. 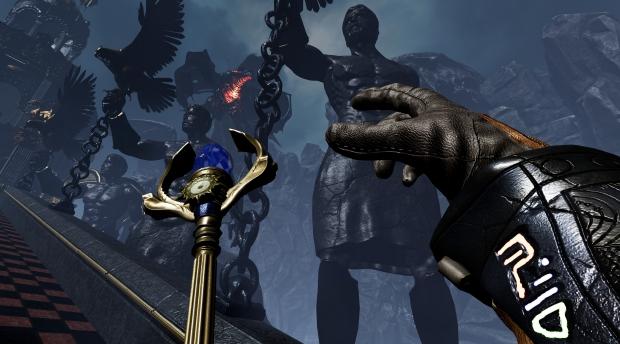 For this second major Early Access release, players will assume the role of Edwyn the Nameless, member of the Nameless Order, a lone warrior on a quest to defend those who cannot defend themselves, venturing in a variety of environments, including towns, castles, dungeons and forests, all filled with exciting adventures. Players will be able to engage in melee combat featuring responsive AI and physics, with a variety of melee weapons and modes, ranged combat with bows as well as crossbows, solve intriguing puzzles and have meaningful interactions with both NPCs and the world.

Any and all mechanics for Early Access version 2, have been built from scratch, technically making The SoulKeeper VR a new game, a process that is normal with titles developed while in Early Access state.

The SoulKeeper VR will have a first demo available for press to try out soon, using the contact information below. Contact for more information, content and assets can be downloaded here and here.