Intel Extreme Masters San Jose saw a doubling in year-on-year viewership: almost 7 million hours of watched content and close to 17 million total sessions were recorded across the two event days. Tournament champions were both Origen and Natus Vincere (for League of Legends and Counter-Strike: Global Offensive, respectively), who both took home a lion's share of the combined US$175,000 prize pool. Local hopefuls including CLG, TSM, Team Liquid and Cloud 9 were in no short supply, much to the excitement of the energetic American crowd - a crowd that saw over 9,000 esports fans fill the SAP Center on both Saturday and Sunday for what was Counter-Strike: Global Offensive's first US stadium event.

"The culture of going to large scale esports events in North America is rapidly catching up to Europe," said Michal Blicharz, VP Pro Gaming at ESL. "We have had high hopes for the event and the reality has surpassed them. It's something we're quickly getting used to as esports becomes prevalent in youth culture." 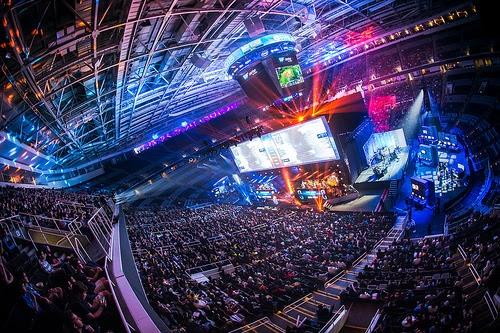 Video highlights can be found on YouTube. You can find the best of album of event pictures here and the full album here.

Both Mark Cuban and Intel CEO, Brian Krzanich, took to the stage at Intel Extreme Masters San Jose, together raising over US$38,000 for The Cybersmile Foundation in a celebrity League of Legends showmatch. Krzanich's team, consistent of ex-professional League of Legends players SaintVicious (Coach), HotshotGG, Hai, Chauster and Bjergsen, earned money for charity based on in-game achievements. Up against them was Cuban with an equally all-star team: Snoopeh (Coach), Reginald, Meteos, DoubleLift and Voyboy. - Cuban, who was told he would be fined for dropping the f-bomb in a pre-show interview, promptly did so again, thereby almost doubling the money raised! You can find his defence of esports along with the showmatch on YouTube.

More exciting League of Legends action is just around the corner: Intel Extreme Masters Cologne kicks off in the German ESL Studios December 19-20. The event will feature teams from around the globe voted in by the community. Voting is live, with more information about the event to be found on the official website.