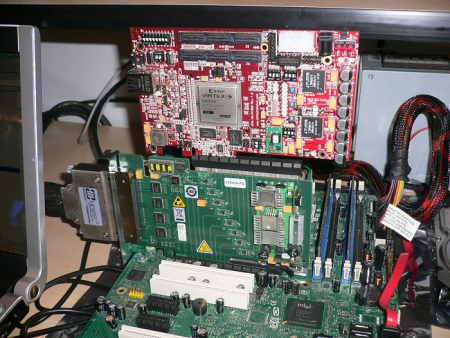 The company said it used a self-developed software development platform specifically designed for the show allowing it to demonstrate the performance of SuperSpeed USB or USB 3.0. Our computers have been powered by USB 2.0 for almost nine years now and next year is when we should start to see serious adoption of USB 3.0 products. 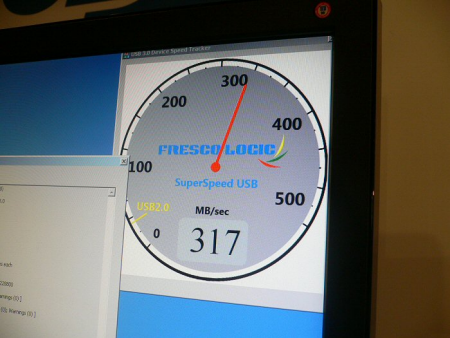 In the real-world though, the true story is hold and while far from disappointing, Fresco Logic's self-developed software development platform was measured transferring at up to 350MB/s (or 2.8Gbit/s). It still has some way to go to make up that extra 2Gbit/s (will it ever?) but considering this was a pre-production beta test, it's still pretty impressive.