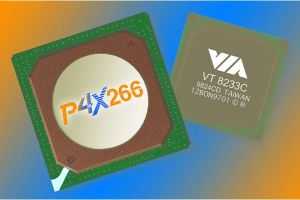 VIA's vice president of marketing Richard Brown says 'Intel provides the vast majority of chipsets for its processors and, following its purchase of ATI, AMD is also moving very quickly in the same direction.

VIA still plan to support its highly successful Nano platform with chipsets, but AMD and Intel CPU support is no longer a rewarding venture for the once dominant motherboard chipset manufacturer.