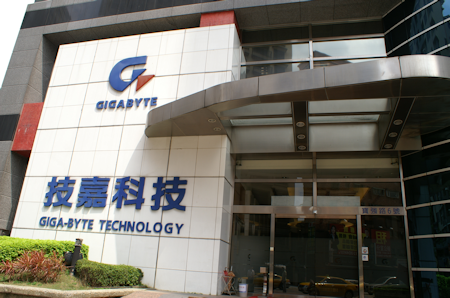 ASUS announced that it would sue GIGABYTE and some of its staff last week as the power saving battle waged on for young and old in Taiwan. ASUS is suing GIGABYTE for the use of a misleading picture of blown capacitors.

The pictured suggested to attending press (including TweakTown who was at the event) that ASUS motherboards do not use high quality components. ASUS learned that the picture was actually of a graphics card from another vendor and rightfully so, acted quickly to respond.

According to reports by local press today, ASUS has circulated news to local Taiwanese press this morning that GIGABYTE will run the said front page advertisements in local newspapers this weekend. GIGABYTE will use it to publically and formerly apologize to ASUS - it will be a written statement of apology from GIGABYTE chairman to ASUS chairman. The apology by GIGABYTE is an exercise in restoring calm between the two Taiwanese motherboard maker heavyweights.

It will be interesting to see ASUS' response to the front page apology and if the two motherboard makers can get back to doing what they do best - making motherboards. If you are interested in finding out more about the other claims made by GIGABYTE at said press event have a look at this article.