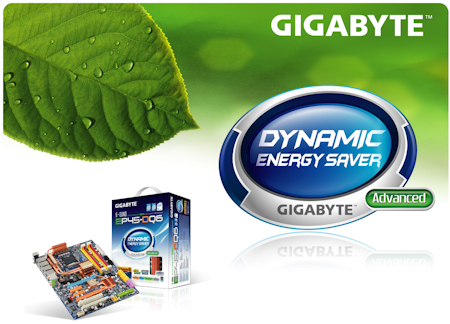 Its press release title makes bold claims that Gigabyte's P45 motherboards are the Industry's Most Feature-Rich P45 Motherboard Lineup. We are sure that will go down just nicely with ASUS... not!

Besides the new features brought to the table by the P45 chipset which is essentially upgrading the aging P35 Express chipset (and formerly P965 Express chipset), Gigabyte has a whole stack of its own designed technologies which it is hoping will be used to out sell ASUS P45 based boards in the next 18 months or so.

We are currently testing a couple Gigabyte P45 boards and you can expect our review to go online early next week. For now you can grab the 2MB press release from our server which we uploaded right here.