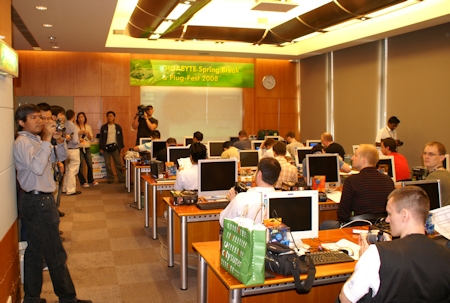 Presentations have just completed and we are on a break and the benchmarking session will begin shortly. At our benchmark desk when we arrived was sitting a GK-K8000 gaming keyboard. We were told they were delayed due to design issues but there seems to be many of them scattered throughout this meeting room. Maybe they are not the final version though. 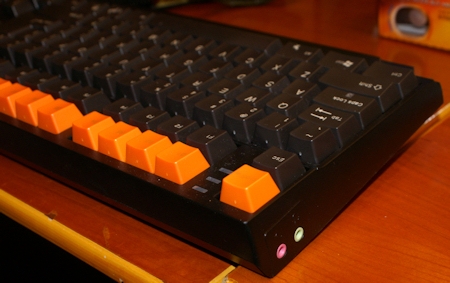 First impressions are good though...first thing I noticed is just how solid it is. If I were to estimate, I'd say it weighs around 1KG without cables attached and the keys are very solid and feels great when typing. It has a detachable USB connector which is a bit odd but might be good if you are moving around to LAN parties for example. 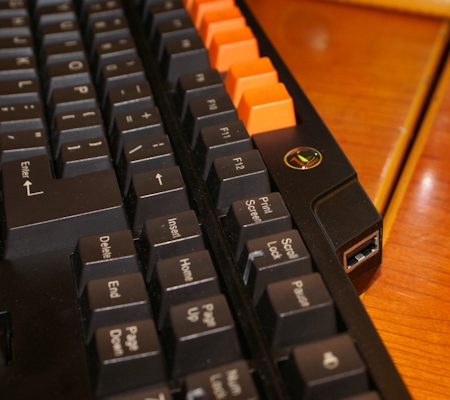 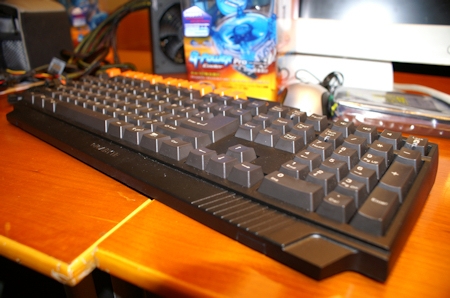 We'll try and take one away with us when the event is finished so we can spend some more time with it and give you our full opinion. For now, it's time to break and then we're getting into the P45 benchmarking and overclocking. 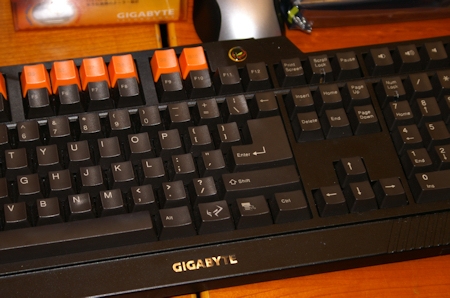 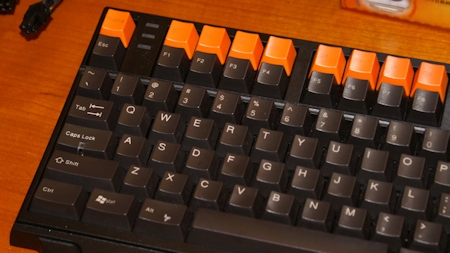