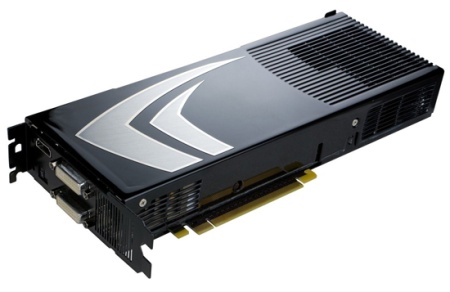 Putting the card up against a Radeon HD 3870 X2, NVIDIA's latest dual-GPU offering comes out supreme in almost all tests thrown at it including 3DMark06, Half-Life 2 Episode Two, Unreal Tournament 3, Call of Duty 4, Company of Heroes, Call of Juarez and World in Conflict at resolutions of 1920x1200 and 2560x1600.

Oddly, when the card is tested in Crysis with AA/AF enabled there is a massive drop in performance, so much so that it even falls behind the ATI counterpart; but one would expect this will change for the better as driver support matures.

You can find the full (translated) review with all the results here.
Newsletter Subscription