MSI is preparing a monster new gaming laptop, according to the folks at Notebookcheck, with the next-gen TITAN GT77 gaming laptop rocking a delicious Mini-LED display and monster next-gen Ada Lovelace GPU.

The next-gen MSI TITAN GT77 gaming laptop will reportedly feature a huge 17.3-inch Mini-LED display with a native 3840 x 2160 resolution (4K) and a gloriously smooth 144Hz refresh rate. We're looking at MSI's new TITAN GT77 gaming laptop having DisplayHDR 1000 certification with up to 1000 nits of peak brightness, 100% of the DCI-P3 color gamut, and factory color calibration out of the box. 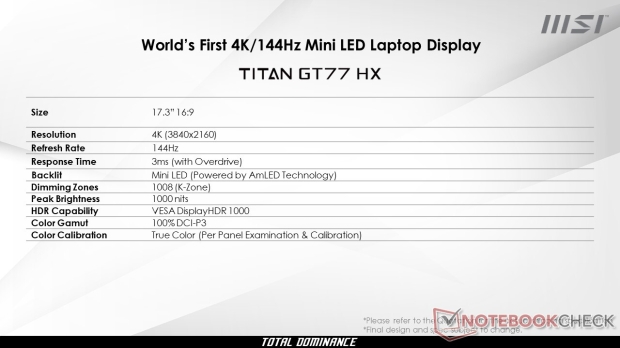 Inside, MSI's new TITAN GT77 gaming laptop will reportedly feature Intel's new 13th Gen Core-HX series CPUs with up to the 24-core model (8 Performance cores followed by 16 Efficient cores), while on the GPU side of things, we can expect NVIDIA's new monster flagship GeForce RTX 4090 Laptop GPU which should feature 16GB of GDDR6X memory and some truly next-gen mobile GPU power inside. You'll need that to drive the 4K resolution at the huge 144Hz refresh rate.

Intel will be unleashing their new 13th Gen Core HX-series desktop-class CPUs at CES 2023 in just a couple of weeks' time, once Santa has made his visits to all the good boys and girls around the world, and once New Year is behind us -- if you can believe that we're on the eve of 2023 already, ugh! 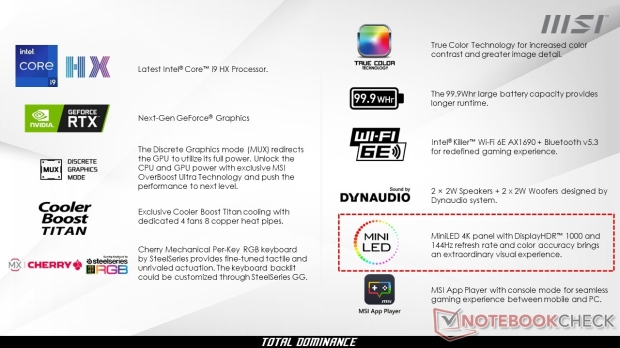 For me, I can't wait to see that beautiful new 17.3-inch Mini-LED display rocking along with a native 4K resolution and 144Hz refresh rate. The desktop-class CPU and GPU combination inside in the form of the Core i9 HX-series CPU alongside the GeForce RTX 4090 Laptop GPU is truly going to be a force to be reckoned with if you need desktop gaming power on the go. 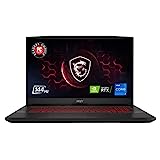