ASRock has just unveiled something rather new with the introduction of its new Side Panel Kit, which is a 13.3-inch LCD that you can install into the side panel of your PC... awesome.

The new ASRock Side Panel Kit

If you don't have the space for another monitor on your desk and really wanted one, the 13.3-inch IPS panel will be a great addition to your PC, whether it's being used for productivity, or just to show your PC off in a totally new way. If you've got RGB lighting and a wicked gaming PC setup, obviously the new ASRock Side Panel Kit is going to hide that, but you already knew that.

In the retail packaging, ASRock includes an eDP cable, two extra long brackets, two short brackets, additional double-sided tape strips, and five cable clips so you can get the ASRock Side Panel Kit attached to your case without adding additional mess to your setup.

One caveat is that there are only a handful of motherboard that feature an eDP connector, which is a major issue: no eSP to DP connectors are on the market right now. So you're very limited here, with the folks at Tom's Hardware providing a list of compatible motherboards that will work with the new ASRock Side Panel Kit, with those motherboards listed below: 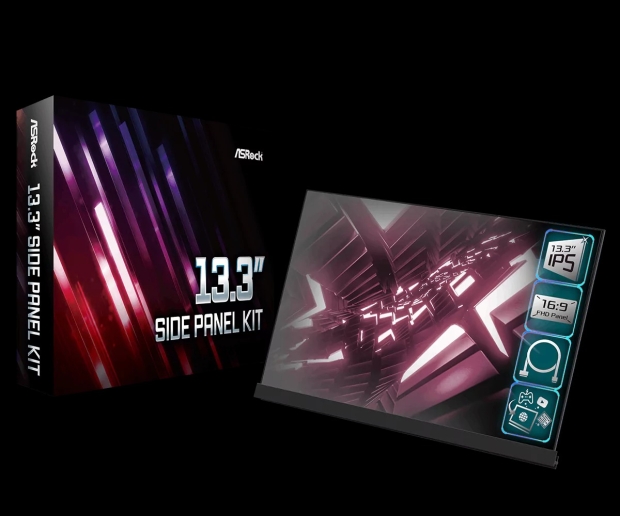 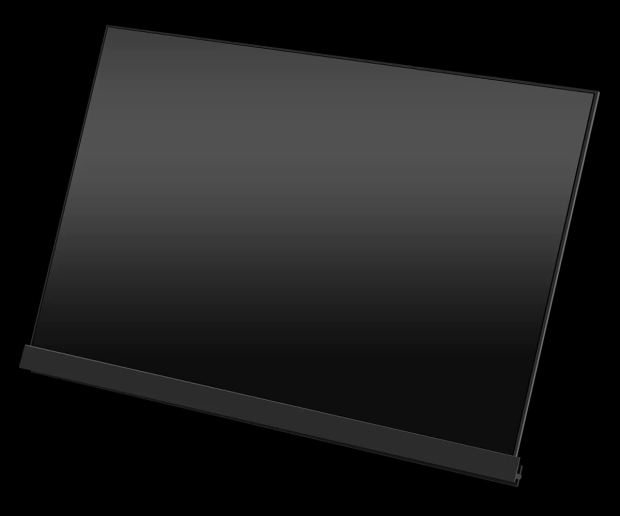 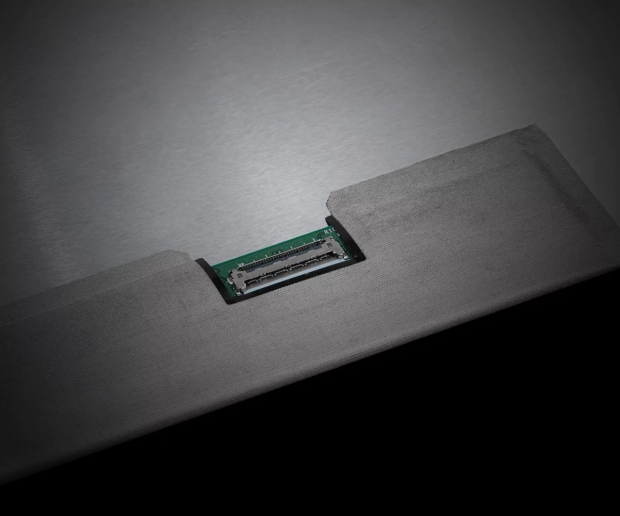 Now, what about cost? Well, the new ASRock Side Panel Kit is listed on Amazon for £118.81 -- while also available in Asian markets for around 1000 RMB, which works out to around $150 USD when converted -- it's not cheap, but it's entering a market that doesn't have many competitors... and it's exclusive to ASRock motherboards which aren't as popular as brands like ASUS, GIGABYTE, and MSI.

Here's the full specifications of the ASRock Side Panel Kit: