Automakers from around the world are working to transition from internal combustion engines towards electric vehicles, though it's not the only alternative available. BMW believes hydrogen fuel technology will find its place in the marketplace, despite the EV trend fully underway. 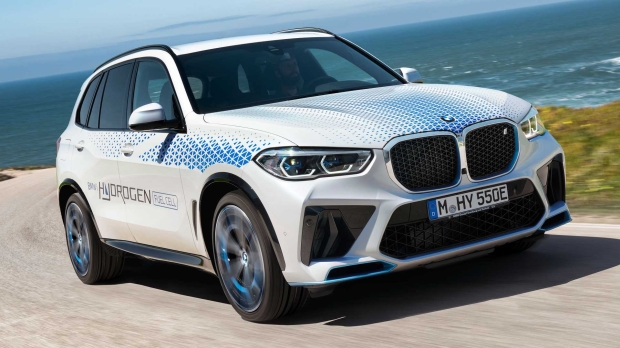 As noted by Oliver Zipse, Chairman of the Management Board at BMW, in a recent interview in England: "After the electric car, which has been going on for about 10 years and scaling up rapidly, the next trend will be hydrogen. When it's more scalable, hydrogen will be the hippest thing to drive."

EVs require a complex charging network, but hydrogen can be delivered from carbon-fiber-reinforced plastic tanks able to supply fuel cells. "You could argue, well you also don't have access to hydrogen infrastructure, but this is very simple to do: It's a tank which you put in there like an old [gas] tank, and you recharge it every six months or 12 months," Zipse added.

If everything goes according to plan, BMW may have a hydrogen-powered car by 2030 - promoting it as the only emissions-free way to drive that doesn't require a charging station. Until then, BMW will continue to use hydrogen-powered trucks tasked with logistics transport at its facilities in Germany.

Similar to Jaguar Land Rover and other companies testing hydrogen, their research will likely still focus on EVs for the foreseeable future.

It's not just vehicles that could benefit from hydrogen, the German automaker hopes, as its production facilities might also receive a boost.

BMW also is looking towards hydrogen as part of its assembly operation at a paint shop in Leipzig, Germany. The company is currently testing a burner that is powered by both gasoline and hydrogen, which will hopefully aid in reducing carbon emissions.

Until a green hydrogen pipeline is running - hopefully starting in 2024 - BMW will continue to buy hydrogen produced with natural gas for its factories. 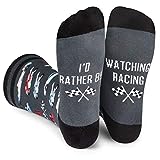 I'd Rather Be - Funny Socks Novelty Gifts For Men