Daxbot continues to promote the Dax delivery robot, an artificial intelligence-driven robot that follows GPS towards its destination. The market for delivery robots is continually expanding, with restaurants teaming up with tech developers interested in finding new solutions to reach our doorstep. 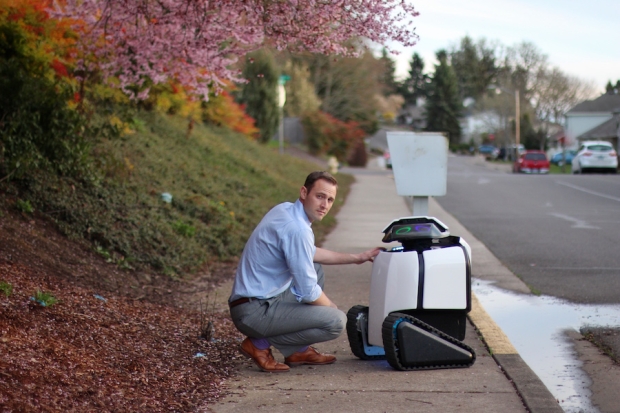 The Dax robot stands three feet high and is two feet wide and weighs in at a hefty 120 pounds. Storage capacity includes the ability to carry two medium pizzas with drinks. Dax has a 2.5-mile delivery range but has completed a 5K (3.1-miles), so can get in a little extra distance when necessary.

The robot travels at a respectable travel speed of four miles per hour, though could travel upwards of 20 mph without a limiter in place. Built-in cameras and sensors help Dax avoid obstacles and cross streets safely, though can learn and build on the customized DaxOS.

What really seems to set Dax apart from other delivery robots, however, is its ability for artificial intelligence to directly interact with humans out in the world. Dax can use neck and facial expressions to communicate with people out in the world - this lets any pedestrians know exactly what the robot is doing.

As noted by Jason Richards, CEO at Daxbot, when speaking with the Polk County Itemizer-Observer:

"There were a few design things that went into it, one thing being, to create it as life-like as possible. Meaning as its being trained, it needs to move and act as a human does. For example, if someone is coming up behind me, I can hear they are behind me, they have two speakers on the back for stereo, but it is not until they turn around that they can see what is behind them. We train the robot to know what's going on by using all its senses rather than just 360 cameras."

Earlier in the year, Dax announced a partnership with Western Oregon University, bringing the Daxbot to the Monmouth, Oregon campus starting in the fall semester. Campus dining halls, business complexes, and other interested parties can use Dax for a monthly fee.

As robots become more prevalent in our communities, there is a very difficult effort to win people over. Some are concerned AI will one day take over the world, and others are worried that robots will leave even more people jobless. 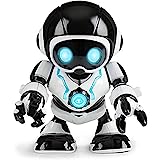