Hennessey Performance has taken the factory Ford Bronco Raptor and heavily modified it to create the all-new VelociRaptor 500 Bronco. Admittedly not something required to do for a new vehicle, though Hennessey prides itself on adjusting and allowing a vehicle to really stand out on its own. 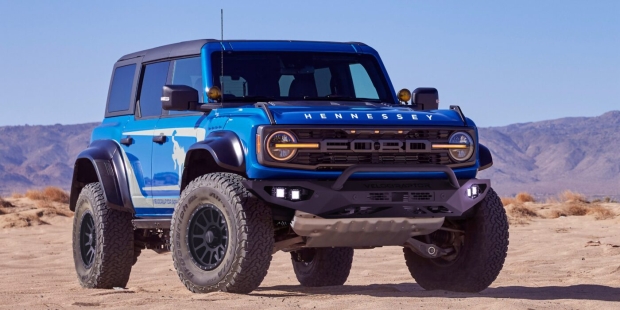 The improved Ford Bronco now has 20 percent more output, including 500 horsepower and 550 lb-ft of torque total. The stock Bronco Raptor delivers 418 hp and 440 lb-ft of torque, so the modifications aren't necessarily needed - but Hennessey just elevates every vehicle that the company touches. 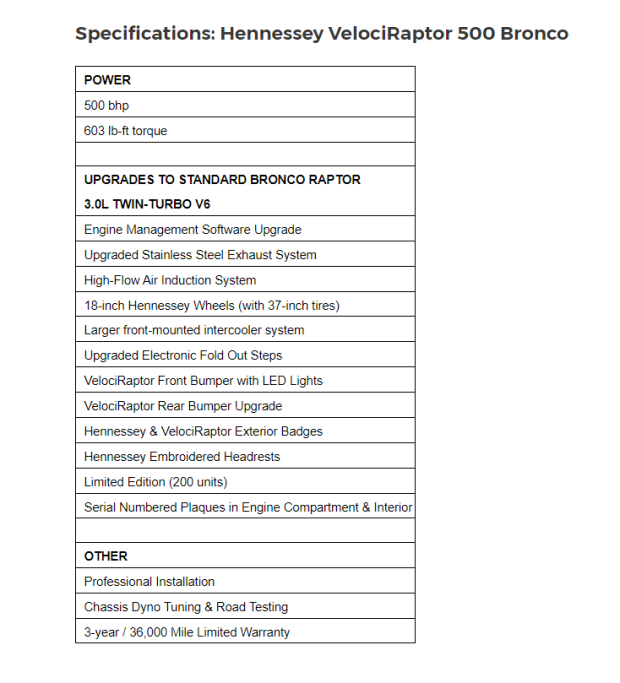 Every Hennessey VelociRaptor 500 Bronco is road tested using its private test track to ensure it's ready for customers.

As noted by John Hennessey, company founder and CEO: "Our customers are big fans of the new Bronco, but they've been asking us for more power and greater performance capabilities from day one. Ford's Raptor version is a big improvement, but the engine has even more potential. Our engineering team has released its potency to create the ultimate all-powerful off-road SUV."

The VelociRaptor 500 Bronco is available now, either directly from Hennessey or through authorized Ford retailers. The upgrade costs $32,950, and will run an interested customer towards $103,000 total, including donor Bronco Raptor and the Hennessey price tag.

Hennessey has created a total of eight VelociRaptor models, and this is the second specialized Bronco. 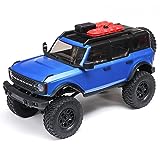