Warzone 2.0 is the largest, most ambitious Call of Duty game or mode in the history of the franchise, complete with a ton of new mechanics, game modes, concepts, and a massive new map to hold it all together.

Today Infinity Ward revealed tons of details about Warzone 2.0, the new standalone F2P platform releasing November 16. Warzone 2.0 isn't just a battle royale--it's so big that you could call it a platform, and Infinity Ward has confirmed that new modes/maps and content are coming to expand the game outside of BR territory.

Warzone 2.0 is coming just weeks after Modern Warfare 2's release, and the F2P game will launch at the same time as MW2's season 1 multiplayer. The mode will include tons of new vehicles, a new map called Al Mazrah (the largest BR map Infinity Ward has ever made) with lots of points of interest, a new DMZ mode coming at launch, new loot mechanics, the fresh Strongholds mechanic, and massively overhauled AI that will scout and combat players throughout the map.

Below we've compiled information from the Call of Duty NEXT stream with tons of details about Warzone 2.0:

"We've made some pretty sweeping changes to the high level components of Warzone 2.0 to continue providing players with both a dynamic and rewarding BR experience. Warzone 2.0 is about fun, playing with friends and having fun." 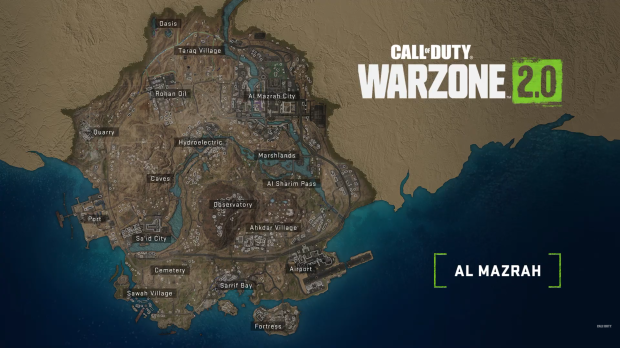 "MW2 and Warzone 2 have been in development side-by-side in the beginning since we started down this road and they're part of the same universe. They share the same mechanics, the same weaponry, and even more than that.

The centerpiece of all this is the new map that we've been working on since 2020 with teams across the globe. It brings together our philosophies on map design, the technologies in order to do it, and lots of artwork to make it happen.

The team has learned a lot from players' experiences in Verdansk and have used lots of feedback to build Al Mazrah. 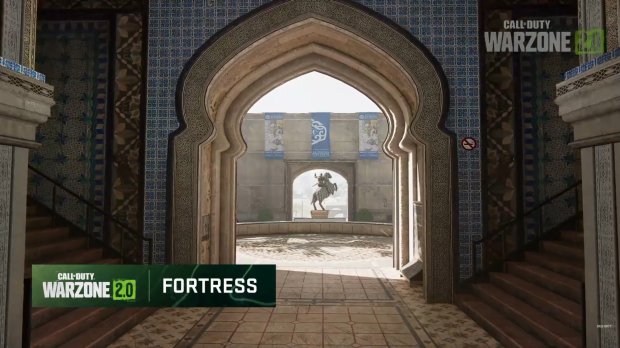 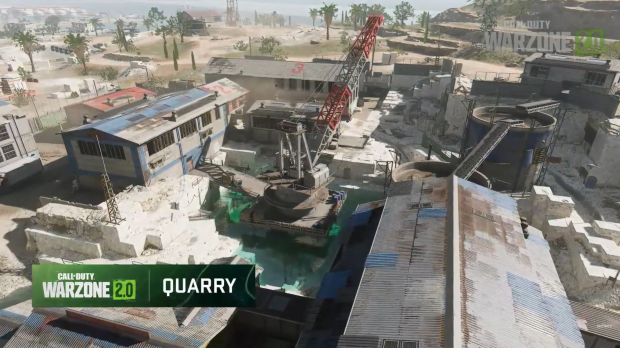 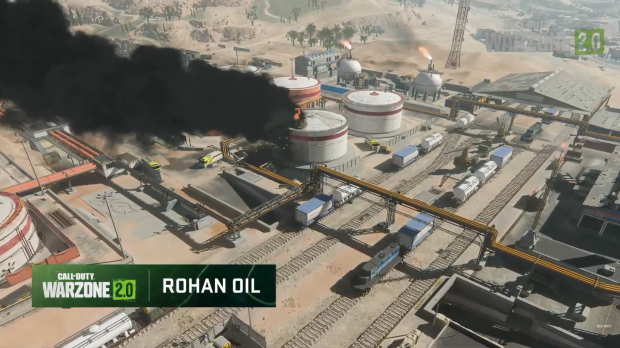 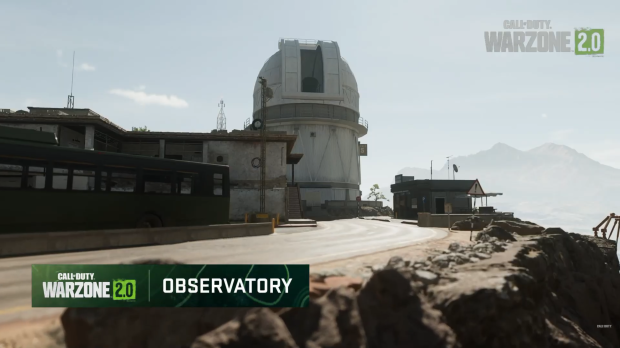 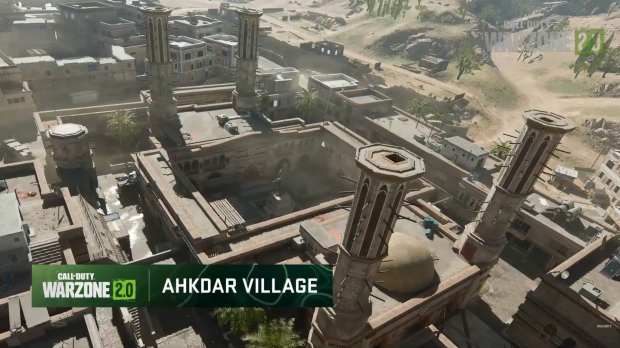 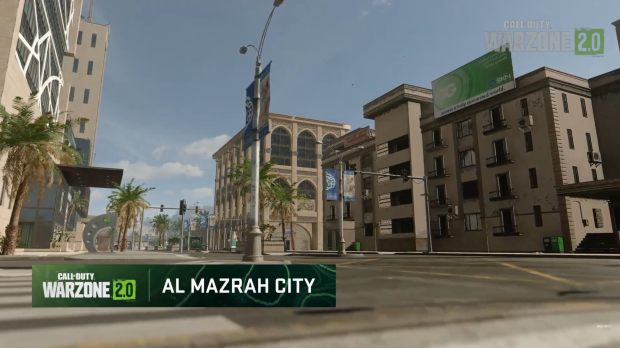 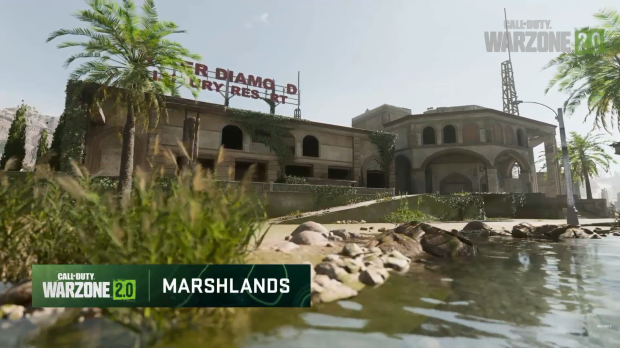 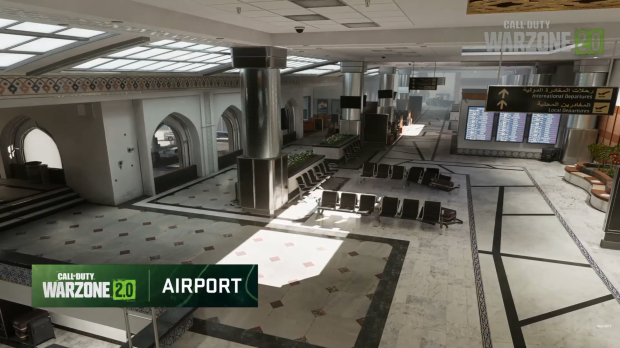 "There's a wide variety of points of interest for players to explore in this map, and we're really looking forward to seeing everyone in it."

"It's expansive desert settings with a mix of industrial areas, towns, a city, and of course water. You're going to find a lot of really cool elevation--rocky peaks, caves, subterranean spaces; this map is beautiful and it's actually the biggest BR map that we've ever made," 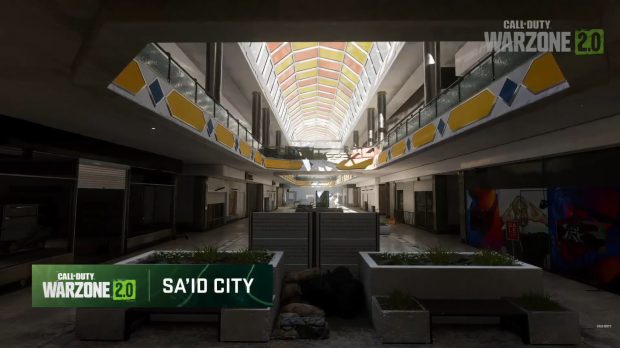 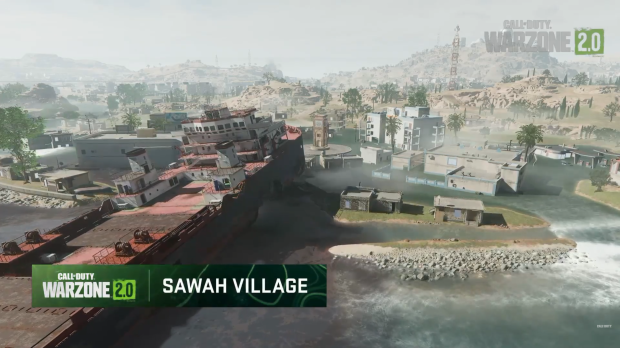 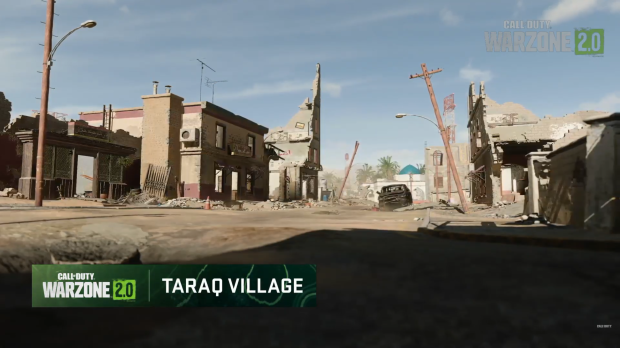 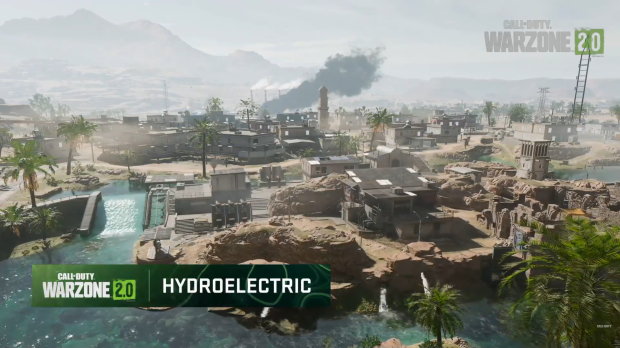 "Looting in Warzone 2.0...we still have the humming crates. You can still travel around and listen for those, we still have the loose loot on the ground. But we wanted to add a layer of learnability and logic to our looting."

"If you need health items, you can hit a bathroom in a building and go for a first aid kit. If you want to get loadout items, there are these hidden caches throughout in between the POIs in the ground and you can memorize where they are because they're always there.

You can find toolboxes that will have grenades and things in them. Then you can find these other crates that are kind of like military crate items--so you can always have this reliable layer to looting. 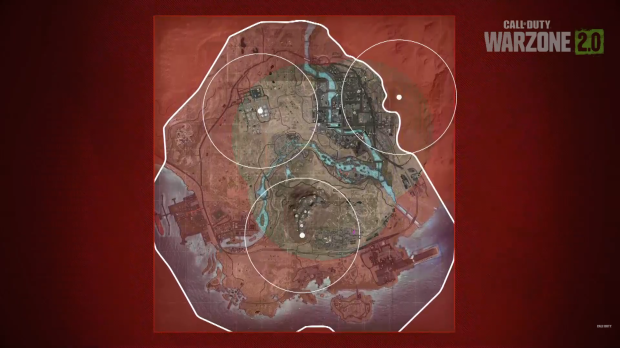 "The circle has been a staple of BR. What can we do to mix things up? We have this new mechanic where the circle can actually split into two, three, or even four circles. Those circles kind of close down.

"What it does is that it segregates teams and you have these micro-battles in these circles. At a certain point you're like okay, we've cleared out our circle, we think we're good, and those circles merge and come back together and you know there's a very directed fight...as the circle's moving you're kind of gearing up in buildings.

"It's another kind of twist in the gameplay that we think is a kind of cool world event that would happen." 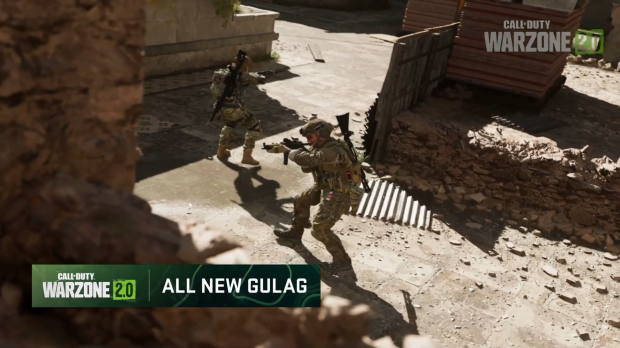 "The Gulag...we've been experimenting with some crazy things. The current version of the Gulag that we have running now is...you're not in there alone.

"You actually have this temporary alliance with another opponent in the map and you guys have to work together and if you defeat the other team, you can get out. And after that, you guys are enemies again. But for that moment it's like, alright, we need each other, let's do this.

"You may also see a little bit of an AI presence in the Gulag." 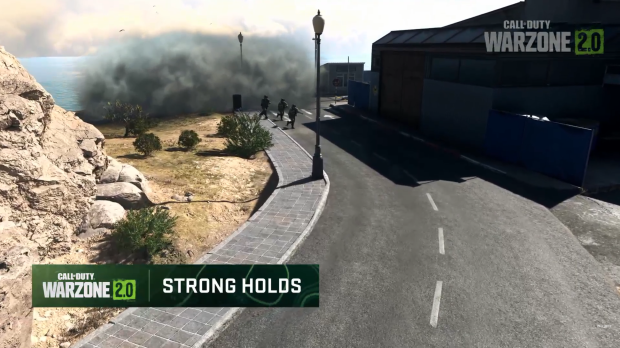 "Strongholds are reinforced buildings that the AI is occupying inside of Mazrah in BR. The players can choose whether or not they want to engage with them in order to get cool rewards including free loadout items. This is one of the new ways that we've added for players to get their hands-on the best weaponry.

"We worked really hard to bring AI into this at scale in Warzone 2, and you're going to encounter them in different modes in multiple ways in BR, specifically they're in Strongholds and if you get to a Stronghold you can find the location of a Black Site which is going to have even cooler stuff in it." 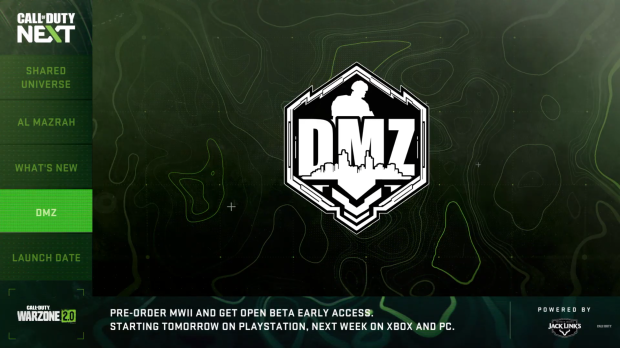 "Call of Duty's DMZ will be available in Warzone 2 at launch."

"DMZ is real, and we're not going to go in depth today because we have to keep some stuff in reserve. What I can tell you though is that we've created a rich sandbox where you can define your own win condition. You can infiltrate Al Mazrah, you accomplish your goals, and then you decide to extract when the time is right.

"DMZ is played across the whole map and the AI is on large sections of the map and they are lethal opponents that command your respect. They patrol areas, they occupy strongholds, and they'll reinforce based on player actions.

"You can choose what mission you want to accomplish or you can chase after a variety of activities in the world. You can play this differently based on your playstyle. You can go loud, you can go quiet, you can hunt other players or avoid them entirely--or you can just decide I'm going to explore the secrets of Al Mazrah."