Leopard is definitely on target to be the most successful Mac OS X Operating system software ever. Already 20% of all Mac owners have taken the step to upgrade to Leopard and this statistic is seen as a milestone whereby others can only dream of. Microsoft could take a few pages out of Apples book and firstly show in a detailed way how Vista improves one's life over XP, and secondly they could show how it speeds things up (Not bloody likely). 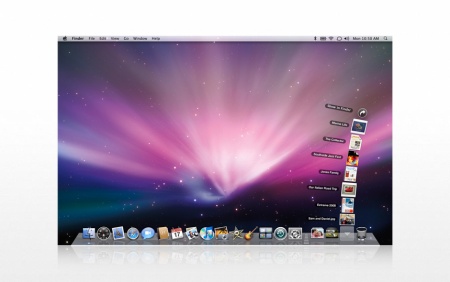 The main thing that Leopard OS X has going for it, is not the 300 improvements on the last Mac OS, although all 300 improvements can be found listed in detail on the Apple website here, but rather the fact that it manages to seamlessly integrate functionality as well as tap into the speed of today's modern processors. It however doesn't require them to function perfectly well on lower spec systems. I can't wait for someone to make the Mac OS X software available to PC users. Oh wait, seems like someone has done it, check it out here.

(Please note we at TweakTown have not tested this yet, so there are no guarantees if it works or not. Try it at your own risk.)
Newsletter Subscription