Hot on the heels of horror hits like Friday the 13th The Game and Evil Dead, a Killer Klowns From Outer Space game is actually happening.

Pop culture is shifting to the past and the 80s are coming back with style. We've seen many game adaptations of classic horror franchises (Nightmare on Elm Street game when?) pop up over the years, and now one of the more obscure cult hits is getting its turn: Killer Klowns From Outer Space.

Developed by Teravision. the Killer Klowns From Outer Space game will be a 10-player multiplayer game with 7 vs 3 action, with 7 Klowns against 3 Humans. The devs explain there are five classes per side, with each class having their own proficiencies, attributes, and active abilities. Oh, and one of the things about the game is the Klowns literally have a LOL (Laugh Out Loud) ability that "terrorizes" their foes. 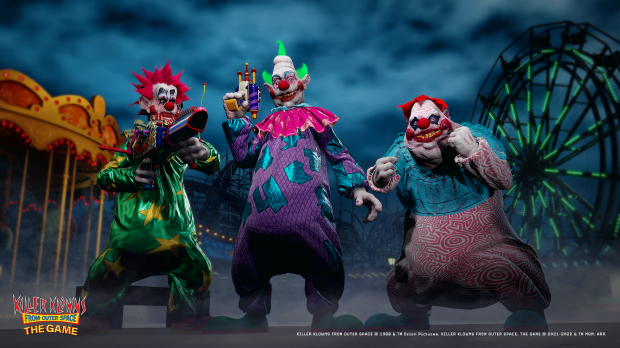 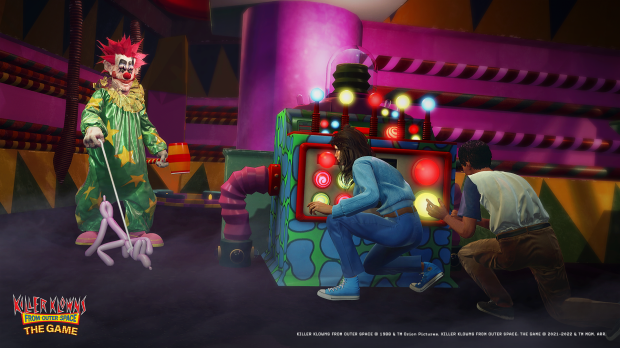 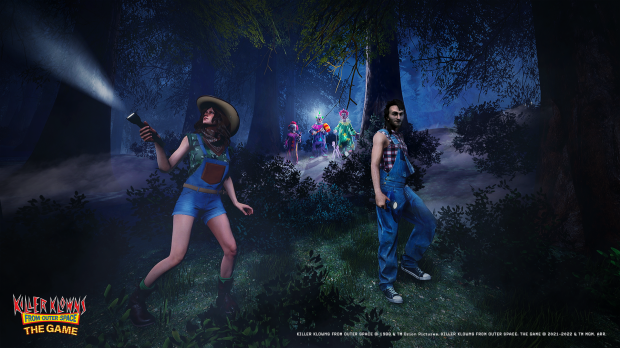 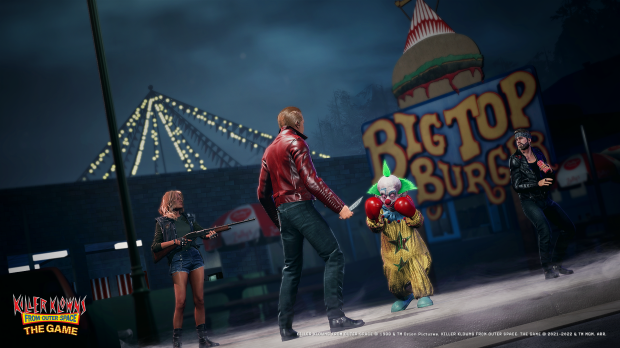 "For Killer Klowns in Outer Space, you are going to be playing 3 Klowns vs 7 Humans. Klowns are played by fewer people but are more powerful as they work to complete their invasion. Humans, in contrast, are more prolific but less powerful. Matches evolve depending on how they play s a team, but in general, good communication is the best tool to survive."

The Klowns are planning an invasion just like in the film...and yes, the massive cotton candy cocoons are in the game.

Killer Klowns From Outer Space is coming sometime in early 2023 on consoles and PC. Check below for more info: 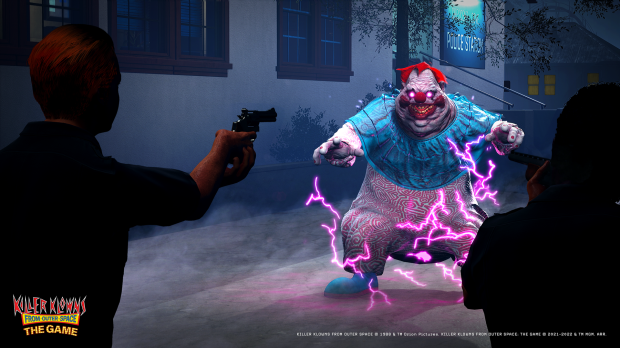 Plan your own alien invasion and harvest humans as the iconic Killer Klowns, or gather a team of survivors to fight the extraterrestrial threat, in a game based on the '80s cult classic movie. Welcome to a new, craazzy take on the asymmetrical multiplayer horror experience!

You can take on a role of the iconic Killer Klowns cooperating in a team of three players, packed with outlandish abilities that will help you hunt humans with zany weapons, and plan your own alien invasion to successfully harvest the population of Crescent Cove. Or you can fight back as a team of seven brave citizens of Crescent Cove, pick your class, explore the city for valuable loot and weapons, avoid getting captured by Klowns, and try to survive - or sabotage - the alien invasion.

Killer Klowns from Outer Space: The Game launches in early 2023 on Steam, PlayStation 5, Xbox Series X|S, PlayStation 4, and Xbox One.