Dallas-based company Colossal Biosciences has set its sights on bringing the Tasmanian tiger, an Australian marsupial also known as the thylacine, back to life after it became extinct in 1936. 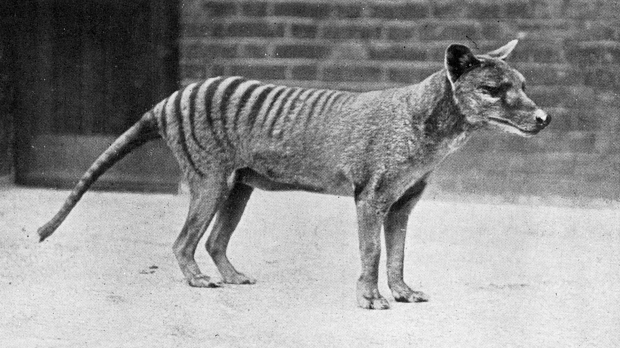 The Tasmanian tiger marks the second species in Colossal Biosciences' plans to bring extinct species back from the dead, as they are also working on reviving the wooly mammoth species. The Tasmanian tiger roamed the Earth for millions of years before it became extinct, living across mainland Australia and its island state, Tasmania. It became extinct two thousand years ago on the mainland, likely due to native dingos, but was only fully made extinct by hunters in Tasmania in 1936.

"Our goal is to really identify species where de-extinction can help existing degraded ecosystems. After we got the right infrastructure and people in place to be working on the mammoth, we started to look at other potential species," said Ben Lamm, co-founder and CEO of Colossal Biosciences.

Colossal Biosciences is partnering with the Thylacine Integrated Genetic Restoration Research Lab at the University of Melbourne to help accelerate the effort the bring the creature back to life. According to Lamm, the team has access to DNA from the Tasmanian tiger, unlike with the wooly mammoth project, and the gestation period is supposedly easier to work with thylacine.

"We lost this incredibly unique animal that sat right at the top of a food chain. It does destabilize all the species that sit beneath them in that ecosystem. So there's already been a lot of ripple effects that have happened as a result of the loss of the thylacine," said Andrew Pask, the leading marsupial evolutionary biologist at the Thylacine Integrated Genetic Restoration Research Lab.

For information on this story, check out this article.