Recent reports that cited Elon Musk writing on Twitter that he is looking to purchase the Manchester United soccer team have now been put to bed, with Musk clearing up the confusion.

It's hard to know when Musk is joking on Twitter, with the Tesla CEO constantly putting out new tweets that are both informational and humorous. Musk recently appeared on the Full Send Podcast, where he discussed what he believed to be the most-liked tweet on Twitter at 4.8 million likes, where he said he was going to be purchasing Coca-Cola to put the cocaine back in.

Notably, this isn't the most-liked tweet, as the most-liked tweet is from the Chadwick Boseman Twitter account that announced the actor's death and his long battle with bowel cancer. Regarding Musk's Tweets, the SpaceX CEO recently wrote that he was going to be purchasing Manchester United, which was followed up by replied from Musk that cleared the speculative air on the matter. Musk wrote that he wouldn't be purchasing any sports team and that he also wouldn't be buying Coca-Cola to put the cocaine back in despite the extreme popularity of such a move. 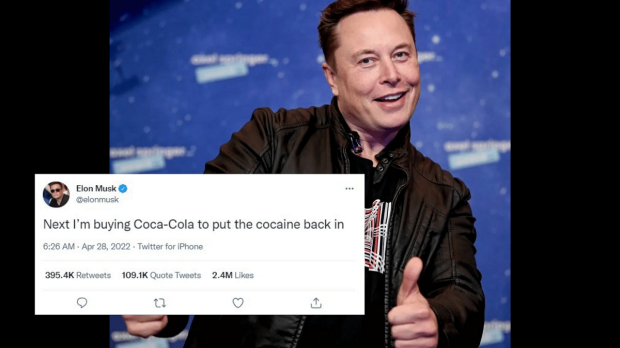