Robot-like dogs are being sent to a US space station that are a part of the Department of Defense's (DOD) push to save man-hours. 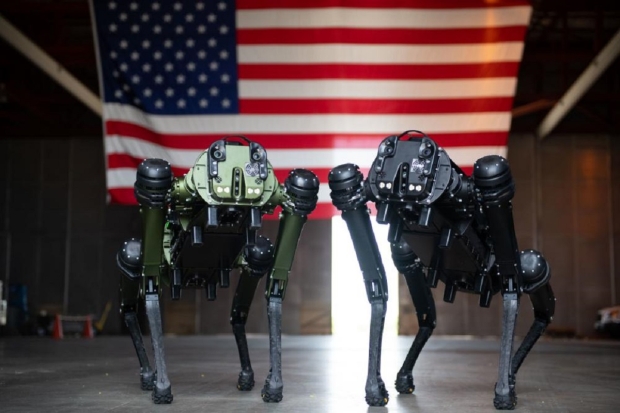 According to a statement from the DOD, the newest members of the Cape Canaveral Space Force Station will be Ghost Robotics Quadruped Unmanned Ground Vehicles (Q-UGV), as seen in the above photo, where two units are posing in front of an American flag. The Q-UGVs are designed to perform repetitive tasks that will free up human hours, along with patrolling certain areas as they are equipped with various high-tech optical and audio sensors - essentially making them the "eyes and ears" of the Space Force base.

Notably, the dog-like robots are able to be operated autonomously and manually. Additionally, Q-UGVs can be given voice commands and are capable of being communication nodes that expand the distance of a network. Furthermore, according to Space.com, Q-UGVs are weather- and water-proof - they can even travel underwater, according to Space.com. Officials believe the deployment of Q-UGVs will be for "damage assessments and patrol to save significant man hours."