An asteroid that was only discovered at the end of last month by astronomers has made its approach to Earth, confirms officials. 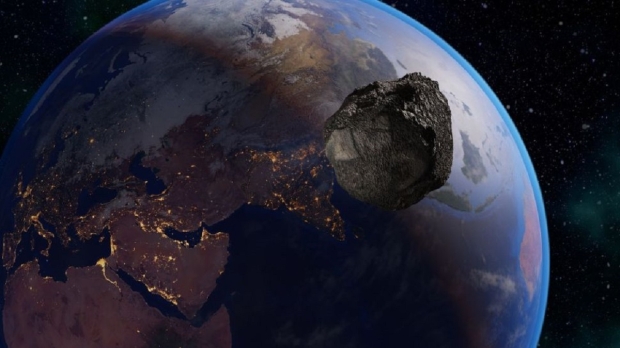 The asteroid recently dubbed 2022 OE2 was discovered on July 26, and according to astronomers' estimates, the space rock is approximately the size of two American football fields - between 557 and 1,246 feet wide. If this asteroid was to collide with Earth, officials have estimated it would release more energy than approximately 1,000 nuclear bombs. However, that won't happen as NASA has confirmed that its trajectory won't put it on a collision course with our little blue planet.

Officials have measured 2022 OE2 and found that it will pass Earth at about 3.2 million miles, which is about 13 times the average distance between the Earth and the moon. 2022 OE2 safely zoomed past Earth on August 4. If you are wondering if Earth is due to be impacted by any large asteroids of this caliber, fear not, as NASA is tracking thousands of space rocks such as 2022 OE2, and according to the space agency, there isn't a cataclysmic asteroid that its aware of due to impact Earth for at least the next 100 years.