The trash was collected from the Great Pacific Garbage Patch (GPGP) by the non-profit organization, The Ocean Cleanup. 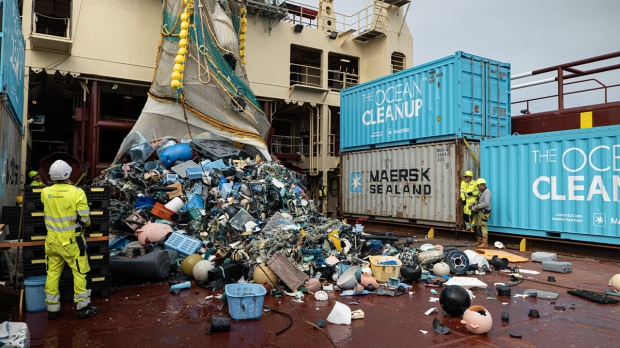 The Ocean Cleanup has collected its first 100,000 kilograms (220,462 pounds) of plastic from the patch, as announced by the organization on LinkedIn, saying "we have now officially cleaned up 1/1000th of the GPGP." The GPGP is the single largest collection of plastic in the ocean worldwide and is located between Hawaii and California. It is estimated to cover a surface area of 1.6 million square kilometers (617,763 square miles), about twice the size of Texas.

The GPGP is estimated to weigh approximately 80,000 tonnes (88,185 tons), equivalent to about 500 jumbo jets. This estimation only considers the densest, central region of the patch, as the density of mass decreases towards the outer boundaries. When factoring in the mass in both areas, the total mass is estimated to be around 100,000 tonnes (110,231 tons).

You can read more about the GPGP on The Ocean Cleanup's website.