A study on the bear serum titled "Supplementing cultured human myotubes with hibernating bear serum results in increased protein content by modulating Akt/FOXO3a signaling" has been published in the journal PLOS ONE. 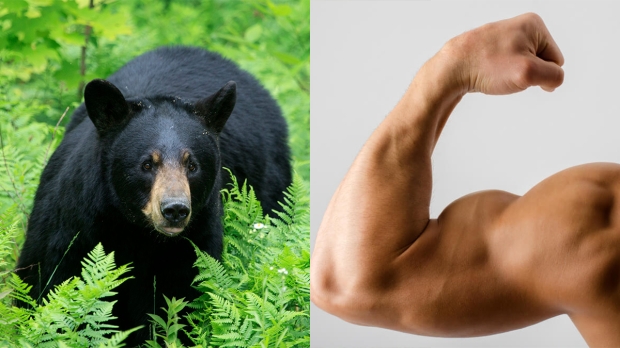 Researchers from Hiroshima University and Hokkaido University have cultured human skeletal muscle cells, supplementing them with a serum taken from hibernating black bears. The infusion confirms that unique molecules in their blood allow them to stave off muscular atrophy, or the death of muscle cells, despite being inactive for months at a time. Only three weeks of inactivity will lead to muscle mass loss in humans and contribute to diseases like obesity and obesity.

Muscle mass is typically maintained by a balance of mechanisms controlling muscle proteins being synthesized and degraded. The serum the team extracted from hibernating Japanese black bears suppressed the "destruction mechanism" for muscle proteins and was able to boost protein synthesis in the human muscle cell culture significantly. This effect was not present when the culture was supplemented with serum collected from bears during summer when they do not hibernate.

"The 'use it or lose it' phenomenon is a well-accepted physiological principle for the skeletal muscle, which is highly plastic in response to functional demands. Disuse typically leads to skeletal muscle loss and metabolic dysfunction in many animal species, including humans. In contrast, hibernating animals are likely better described to be under the 'no use, but no lose' phenomenon, in that there is potential resistance to muscle atrophy during continued disuse conditions," study first-author Mitsunori Miyazaki, associate professor at Hiroshima University's Graduate School of Biomedical and Health Sciences, explained.

"We have indicated that 'some factor' present in hibernating bear serum may regulate protein metabolism in cultured human skeletal muscle cells and contribute to the maintenance of muscle mass. However, the identification of this 'factor' has not yet been achieved," said Miyazaki.

"By identifying this 'factor' in hibernating bear serum and clarifying the unexplored mechanism behind 'muscles that do not weaken even without use' in hibernating animals, it is possible to develop effective rehabilitation strategies in humans and prevent becoming bedridden in the future," continued Miyazaki.