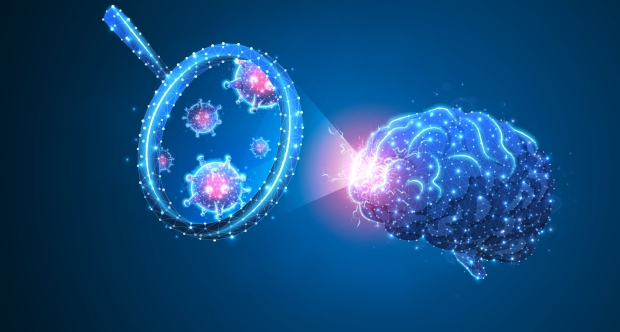 Researchers from the University of Texas Health Science Center at Houston (UTHealth Houston) have found that people administered at least one dose of influenza vaccine are 40% less likely to develop Alzheimer's disease over the next four years compared to non-vaccinated peers. Their study involved a "large nationwide sample of U.S. adults aged 65 and older," with and without prior flu vaccination.

"We found that flu vaccination in older adults reduces the risk of developing Alzheimer's disease for several years. The strength of this protective effect increased with the number of years that a person received an annual flu vaccine - in other words, the rate of developing Alzheimer's was lowest among those who consistently received the flu vaccine every year. Future research should assess whether flu vaccination is also associated with the rate of symptom progression in patients who already have Alzheimer's dementia," said first author Avram S. Bukhbinder, MD, a recent alumnus of McGovern Medical School at UTHealth Houston.

The sample includes 935,887 patients that received the flu vaccination and another 935,887 who did not. At the scheduled four-year follow-up appointments, 5.1% of vaccinated patients had developed Alzheimer's disease, compared to non-vaccinated patients developing Alzheimer's disease with a prevalence of 8.5%. However, decreased risk of dementia has been associated with other adulthood vaccinations, including for tetanus, polio, herpes, and others, in addition to influenza.

The End of Alzheimer's (Paperback)