A study on the extra chromosomes titled "Detection and characterization of male sex chromosome abnormalities in the UK Biobank study" has been published in the journal Genetics in Medicine.

"We were surprised at how common this is. It had been thought to be pretty rare," said Dr. Ken Ong, a pediatric endocrinologist and a co-senior author of the study. 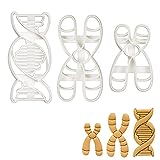