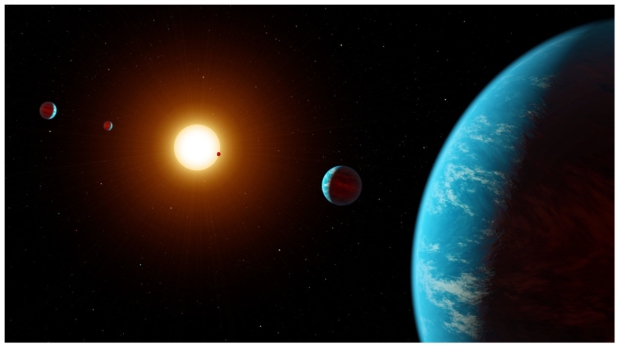 The astronomers, some of which are from MIT, initially used NASA's Transiting Exoplanet Survey Satellite (TESS) to discover the multiplanet system, which contains a small and cool M-dwarf star now named HD 260655. Additionally, the researchers found two terrestrial Earth-sized planets, which are believed to be rock worlds that have relatively tight orbits around HD 260655.

Due to the orbits of both of the rocky planets being relatively tight, the researchers believe that it's likely the Earth-sized planets aren't habitable as the planets would be exposed to the extreme temperatures of their local star. Despite the planets likely not being suitable for life, astronomers and researchers are still excited about the discovery as the planets are prime prospects for atmospheric study.

"Both planets in this system are each considered among the best targets for atmospheric study because of the brightness of their star. Is there a volatile-rich atmosphere around these planets? And are there signs of water or carbon-based species? These planets are fantastic test beds for those explorations," says Michelle Kunimoto, a postdoctoral in MIT's Kavli Institute for Astrophysics and Space Research and a lead scientist on the discovery.