The Biden administration has just declared a state of emergency over electricity generating capacity: "Declaration of Emergency and Authorization for Temporary Extensions of Time and Duty-Free Importation of Solar Cells and Modules from Southeast Asia". You can read it here. 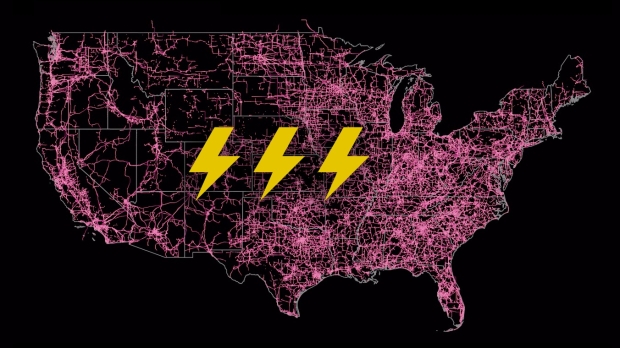 President Biden's new state of emergency is over electricity generating capacity, which you'd think in a country and government that pushes electric cars, has nuclear power, and more... wouldn't run out of electricity in 2022. But here we are, in what feels like (yet another) manufactured crisis (am I allowed to say that out loud?)

Biden is blaming Russia + Ukraine of course, as well as "climate change" as driving factors of the new state of emergency. The statement starts: "Electricity is an essential part of modern life that powers homes, business, and industry. It is critical to the function of major sectors of the economy, including hospitals, schools, public transportation systems, and the defense industrial base. Even isolated interruptions in electric service can have catastrophic health and economic consequences. A robust and reliable electric power system is therefore not only a basic human necessity, but is also critical to national security and national defense".

"Multiple factors are threatening the ability of the United States to provide sufficient electricity generation to serve expected customer demand. These factors include disruptions to energy markets caused by Russia's invasion of Ukraine and extreme weather events exacerbated by climate change. For example, in parts of the country, drought conditions coupled with heatwaves are simultaneously causing projected electricity supply shortfalls and record electricity demand. As a result, the Federal Energy Regulatory Commission and the North American Electric Reliability Corporation have both warned of near-term electricity reliability concerns in their recent summer reliability assessments".

The issue also extends into solar modules for the US, as the country has been importing them from Southeast Asia -- with 75% of imported modules in 2020 coming from Southeast Asia -- but now, the US has been "unable to import solar modules in sufficient quantities to ensure solar capacity additions necessary to achieve our climate and clean energy goals, ensure electricity grid resource adequacy, and help combat rising energy prices".

This shortage of solar modules and module components has "abruptly put at risk near-term solar capacity additions that could otherwise have the potential to help ensure the sufficiency of electricity generation to meet customer demand. Roughly half of the domestic deployment of solar modules that had been anticipated over the next year is currently in jeopardy as a result of insufficient supply. Across the country, solar projects are being postponed or canceled".

NOW, THEREFORE, I, JOSEPH R. BIDEN JR., President of the United States, by the authority vested in me by the Constitution and the laws of the United States of America, including by section 318(a) of the Tariff Act of 1930, as amended, 19 U.S.C. 1318(a), do hereby declare an emergency to exist with respect to the threats to the availability of sufficient electricity generation capacity to meet expected customer demand. Pursuant to this declaration, I hereby direct as follows: