Mellanox was acquired by NVIDIA a few years ago at a cost of $6.9 billion, and now we're seeing NVIDIA unveil its new ConnectX-7 SKUs that have some impressive features. 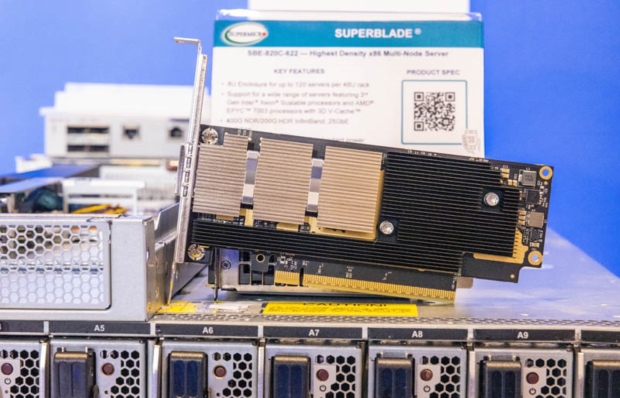 In the pictures of the NVIDIA ConnectX-7 card, there's a huge heat sink across the card that helps keep the heat down... as you'll need it: the card can push an insane 400GbE. Now, your motherboard probably has 1GbE, maybe 2.5GbE at the higher-end. Newer flagship motherboards have 5GbE and 10GbE networking, but it's expensive for the switch -- and much more if you push into 10GbE and beyond.

400GbE however, is a different beast... you're talking beyond 40GB/sec transfers over the network, which makes things hot. Hence, the large heat sink on the NVIDIA ConnectX-7.