New York City has just removed its last payphone booth from the city, a once iconic symbol across NYC -- where Clark Kent would turn into Superman -- has been replaced by the world of smartphones.

This isn't something that has happened overnight, with the de Blasio administration taking in proposals on how to reimagine the replacement of public payphones across New York City. The officials then accepted CityBridge to come in and develop + operate LinkNYC kiosks, which offer services to people like free phone calls, Wi-Fi, and even charging your device.

Commissioner Matthew Fraser said in the release said: "As a native New Yorker, saying goodbye to the last street pay phone is bittersweet because of the prominent place they've held in the city's physical landscape for decades. Just like we transitioned from the horse and buggy to the automobile and from the automobile to the airplane, the digital evolution has progressed from payphones to high-speed Wi-Fi kiosks to meet the demands of our rapidly changing daily communications needs". 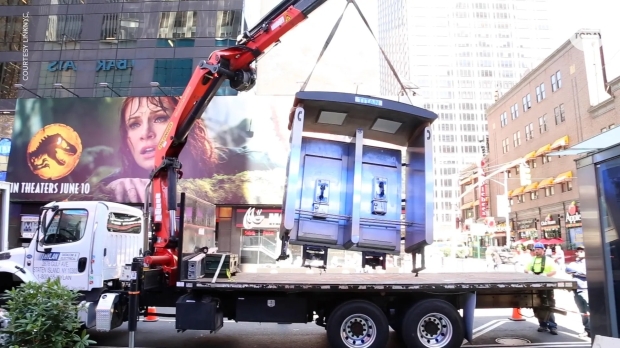