ASUS is about to enter the SSD business with its ROG Strix SQ7 SSD, which will be offered in up to 1TB capacity (maybe only 1TB at first) and on the fast PCIe 4.0 x4 standard. 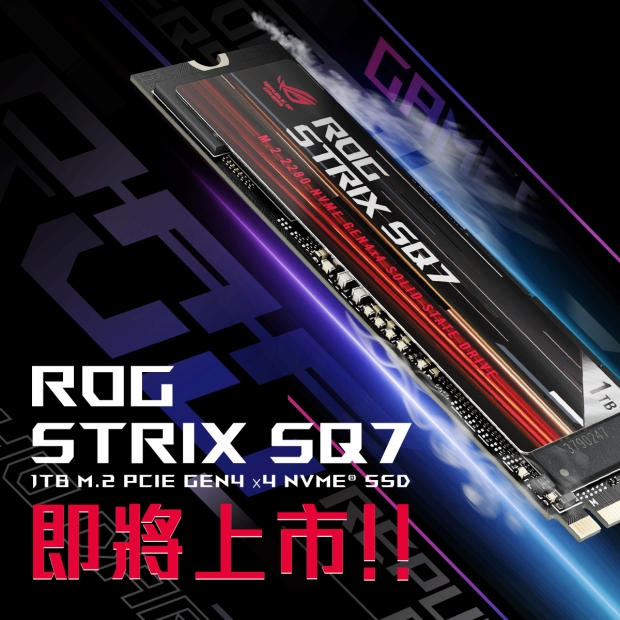 The company is new to the SSD market and has just teased its ROG Strix SQ7 SSD on its ROG Taiwan social channels, with a sleek-looking SSD. There's no heat sink here, just the bare SSD in up to 1TB capacity on the M.2 PCIe Gen4 interface.

Sure, we've got PCIe 5.0 here now... so a bleeding-edge company like ASUS looks like they're behind the race with a PCIe 4.0 SSD in the second half of 2022, while they also sell PCIe 5.0-capable Z690-based motherboard. It's a pity, but that will change with time. Speaking of time, ASUS will be showing off its new SSD either at its just-announced "Boundless" event on May 17, or at Computex which is barely weeks away now.

We'll keep you posted, and have a review of this bad boy by our Storage God Jon Coulter, ASAP.