Microsoft Flight Simulator is one of the best-looking games ever made, with performance in the game getting better and better -- and will soon only get even better -- with upcoming patches to the game.

In a recent developer Q&A with developer Asobo Studio, Executive Producer at the studio, Martial Bossard, explained that Flight Simulator would be getting AMD FidelityFX Super Resolution (FSR). Flight Simulator will get FSR 1.0 at first, but will soon get upgraded to FSR 2.0 -- while support for NVIDIA DLSS isn't far away -- dropping with Update 10, scheduled for July.

Asobo Studio Executive Producer Martial Bossard explained: "The good news is that the Microsoft Flight Simulator team is working in a direct relationship with both manufacturers, so NVIDIA and AMD are working with us to help us to have the best implementation of their systems. For DLSS, we are still having some artifacts, some issues with some animated textures and the water surfaces, but we are working with NVIDIA to fix that. For Update 10 we'll have a great DLSS implementation".

"On the AMD side, we are also working with them. Actually, they paid us a visit yesterday, so it was super cool to have them. We are hoping also to bring FSR into Microsoft Flight Simulator with Update 10 and I think I'm allowed to say that we have also started to work on FSR 2.0, so that would be included also. Maybe simultaneously for Update 10 is a bit early, but that should come soon at least". 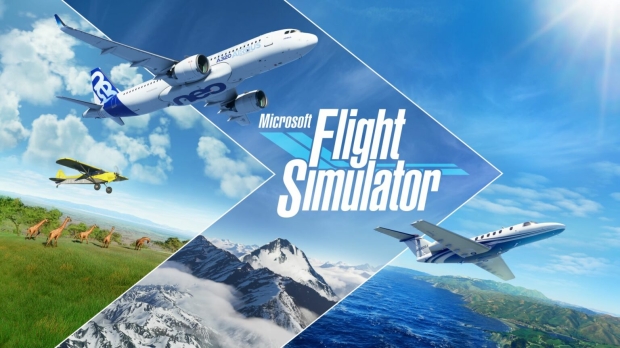