The "cosmically young" rings still have life left, but their time is finite. 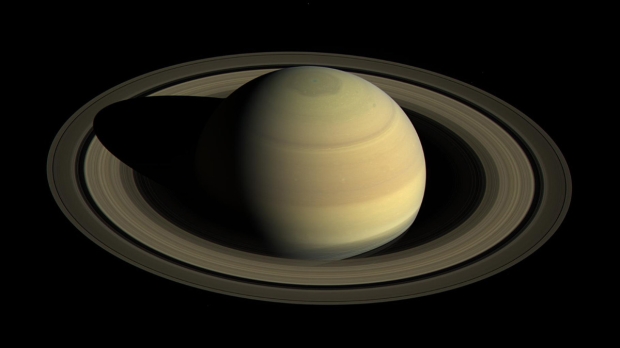 We still don't know exactly how Saturn's rings formed, though they are estimated to be between 10 and 100 million years old, narrowing down the possible theories. One theory suggests that the rings could have been formed by one of Saturn's moons coming too close to the planet and being shredded apart.

With every passing year, the planetary ring is losing material due to "ring rain." The term refers to incoming micrometeorites and solar radiation, which strike the particles in the ring, electrifying them and aligning them with Saturn's magnetic field lines. This sets the particles on a course for Saturn's atmosphere, where gravity pulls them in until they are vaporized.

Astronomers believe this process will take around 300 million years to eliminate the ring system completely. James O'Donoghue of JAXA, Japan's space agency, said, "this is us looking at Saturn's rings in their heyday," and though "it's very, very sad that the rings will disappear in the future, I'm very happy that we're lucky enough to see it."

"Maybe through some process, another moon is broken apart, a comet comes in too close, and you start it all over again. Maybe this isn't the last we'll see of rings around Saturn," said Linda Spilker, a planetary scientist at NASA's Jet Propulsion Laboratory.