After suffering heavy losses Russia has turned towards upgrading its firepower, according to reports from Bloomberg and the Institute for the Study of War. 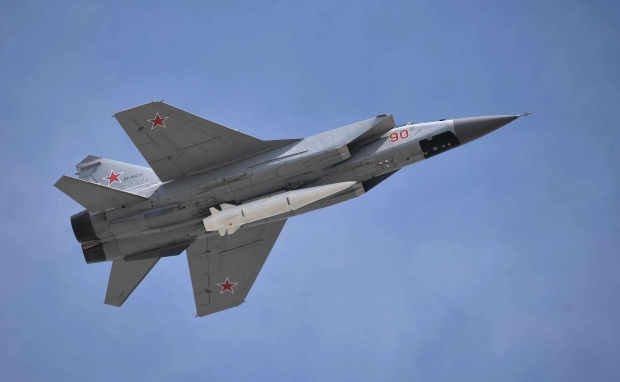 A recent assessment posted by the Institute for the Study of War revealed that Russian troops have begun to dig in its heels around cities such as Kyiv, Kharkiv, Odesa and more as the Russian military underestimated the level of Ukraine's defense. With heavy losses Russia has seemingly switched tactics by increasing its firepower which will likely mean more artillery strikes and missile strikes that will no doubt cause more civilian causalities.

Over the weekend Russia's Ministry of Defense announce the country had used Kh-47M2 Kinzhal, or dagger missiles which are a Russian nuclear-capable hypersonic aero-ballistic air-to-surface missile. Each missile has a range of more than 1,200 miles, reaches Mach 10, and is able to perform evasive manuevers throughout its flight towards its target. Russia followed up with another announcement on Sunday that stated it had used Kinzhal missiles to destroy a fuel depot in the Mykolaiv region.

It should be noted that at this stage Ukraine hasn't confirmed that these strikes have taken place, but senior Ukrainian official and presidential adviser Mykhailo Podolyak said that Russian forces have been using more destructive weapons and specifically mentioned that Kinzhal missiles are being used "due to a failure in the offensive".