Activision-Blizzard made more money from microtransactions in 2021 than it ever has before. 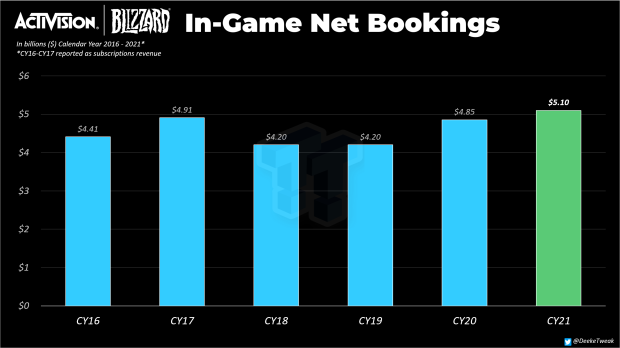 The company generated a staggering $5.1 billion from in-game purchases across its live service titles, which includes DLC, World of Warcraft subscriptions, and of course lootboxes and cosmetics. These purchases made up 61% of Activision-Blizzard's total $8.354 billion net bookings. 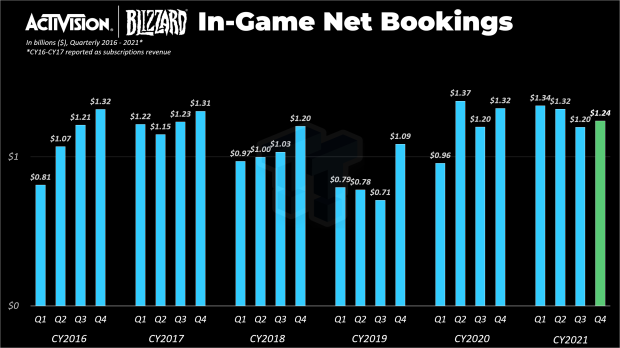 The record was achieved even as sales from Call of Duty Vanguard dropped. Despite the sales miss, the Activision segment delivered its second-best revenues of all time

The closer we look at Activision-Blizzard's books, the more apparent it becomes why Microsoft wants the company.

The publisher is a perfect fit for Microsoft's gaming ambitions, which are focused mostly on live services, content IP, monetization, and additive value to its Game Pass subscription service.