Take-Two Interactive made video games history with its recent $12.7 billion Zynga buyout offer. For context, we've compiled a list of the top video games buyouts and acquisitions throughout the years. 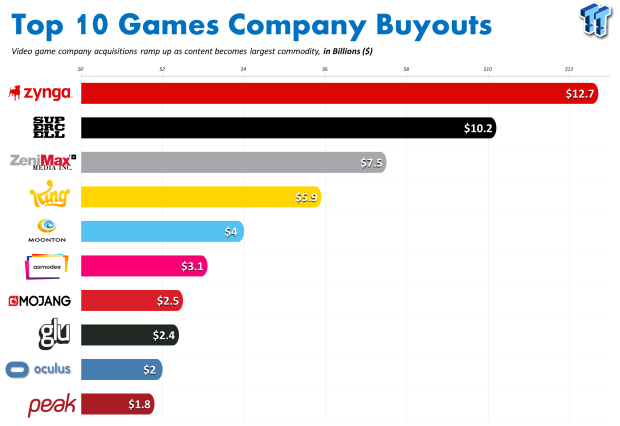 Today, GTA parent Take-Two decided to offer $12.7 billion for mobile games developer Zynga. This is the largest buyout in the history of the video games industry and would create one of the most powerful gaming powerhouses on the planet. To put things into perspective we've put together a list of the major billion-dollar video game company acquisitions and buyouts.

The data includes deals all the way back to 2005, when Namco bought Bandai for $1.7 billion, to the present day with Embracer's huge $3.1 billion offer for Asmodee and the record-breaking Take-Two-Zynga combine. 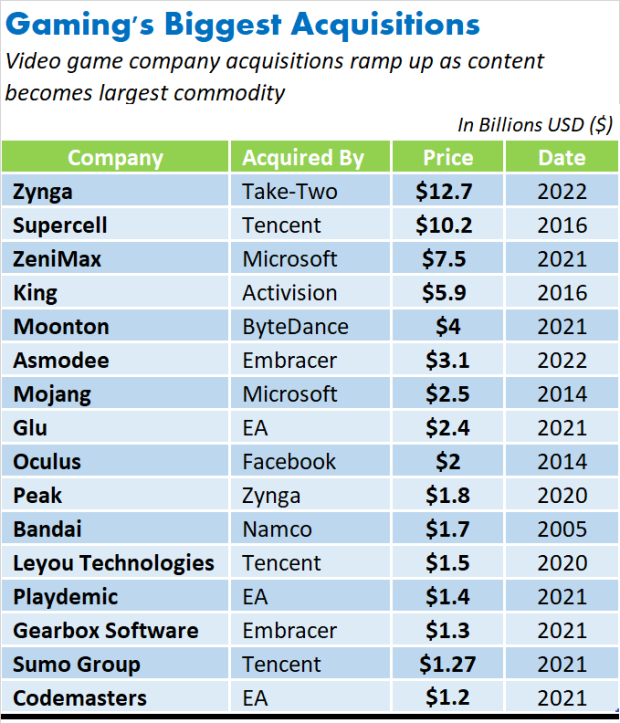 Who knows what other buyouts 2022 will bring...but companies are snapping up content creators left and right in a bid to secure franchises, content, and intellectual properties to serve up on gaming's hottest platforms.