Researchers have achieved something that sounds like the beginning of a science fiction movie - living robots that have learned to reproduce.

Pac-Man-shaped xenobots gathering stem cells into piles, which will then mature into xenobot offspring.

A new study published in the peer-reviewed scientific journal PNAS has detailed a team of researchers using stem cells from the African clawed frog (Xenopus laevis) to create the first living robots called xenobots. Researchers from the University of Vermont, Tufts University and Harvard University's Wyss Institute for Biologically Inspired Engineering who created the living robots said that they have discovered a new form of biological reproduction called "kinetic replication".

Stem cells are cells that are yet to be specialized in a specific purpose, and the researchers used stem cells from around 3,000 cells. Originally, the xenobots used were shaped like a sphere, but according to researchers the replication process was only occurring rarely. So, the researchers used artificial intelligence to assist them in finding out what the most effective shape the xenobots could be for replication efficacy. The supercomputer gave its final shape design, and the shape looks very similar to Pac-Man. 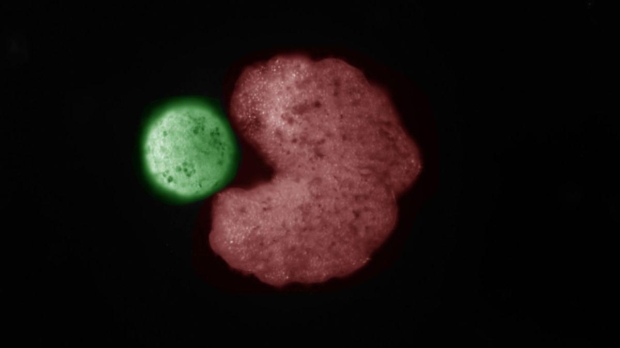 "Most people think of robots as made of metals and ceramics but it's not so much what a robot is made from but what it does, which is act on its own on behalf of people. In that way it's a robot but it's also clearly an organism made from genetically unmodified frog cell," said Josh Bongard, a computer science professor and robotics expert at the University of Vermont and lead author of the study.

What the researchers found was that this Pac-Man-shaped design of xenobot was able to locate and carry cells in its mouth, which would then become a new xenobot a few days later.

Xenobot rotating a pile of stem cells into a ball, creating a new xenobot.

"The AI didn't program these machines in the way we usually think about writing code. It shaped and sculpted and came up with this Pac-Man shape. The shape is, in essence, the program. The shape influences how the xenobots behave to amplify this incredibly surprising process," said Bongard. 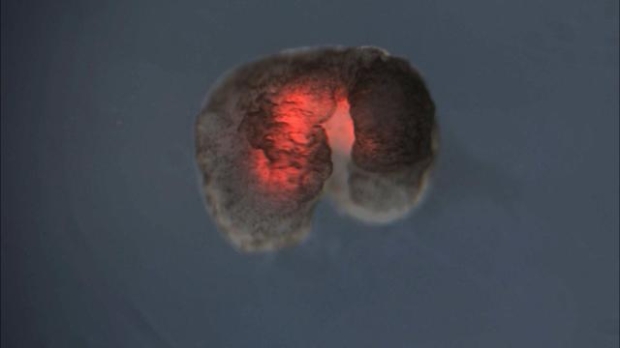