For the first time, researchers have captured the sounds of a solar storm from the Sun impacting Earth's magnetic field.

The sounds were released by the European Space Agency (ESA) back in 2019, and according to the press release, the song comes from waves that are generated in Earth's magnetic field when charged particles from the Sun slammed into it. Lucile Turc, a former ESA research fellow, led a team on the research and used data from the Cluster Science Archive, which consists of four spacecrafts that orbit Earth-observing our planet's magnetic field.

The orbit of these spacecrafts takes them through what is known as "foreshock", which is the first layer of Earth's magnetic field. Between 2001 and 2005, the spacecrafts flew through six solar storm collisions and recorded the waves of the impact. Researchers then converted these frequencies to audio, and the result is somewhat eerie sci-fi sound that is commonly used in movies. For more information on this story, check out this link here. 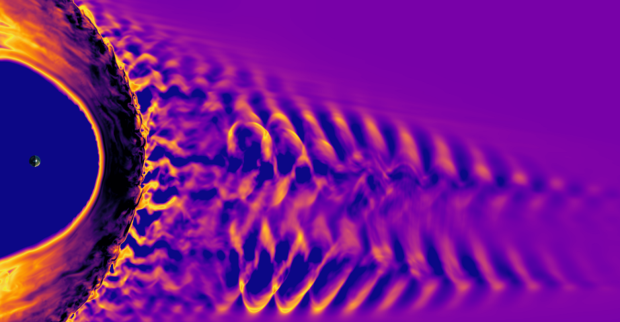