Astronomers have pointed a telescope at the asteroid belt between Mars and Jupiter and have detailed many of the largest asteroids in the solar system. 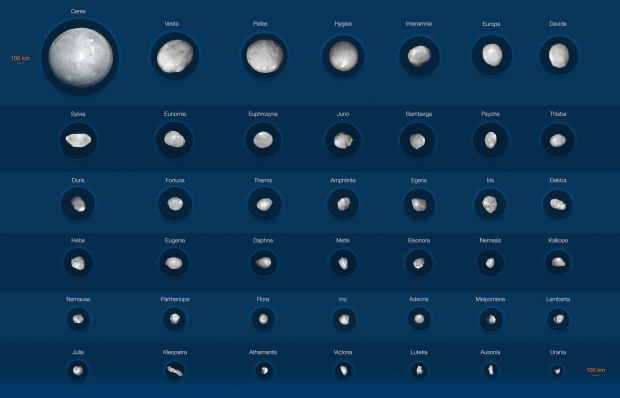 An international team of astronomers used the European Southern Observatory's Very Large Telescope to observe some of the solar system's largest objects that are located in the asteroid belt between Mars and Jupiter. The team of astronomers detailed forty-two of the solar system's biggest rocks, with three of the main belt asteroids being images with a high level of detail. The remaining space rocks were captured in sharp images.

Pierre Vernazza, from the Laboratoire d'Astrophysique de Marseille in France and led on the study that has been published in Astronomy & Astrophysics, said, "Only three large main belt asteroids, Ceres, Vesta and Lutetia, have been imaged with a high level of detail so far, as they were visited by the space missions Dawn and Rosetta of NASA and the European Space Agency, respectively. Our ESO observations have provided sharp images for many more targets, 42 in total." 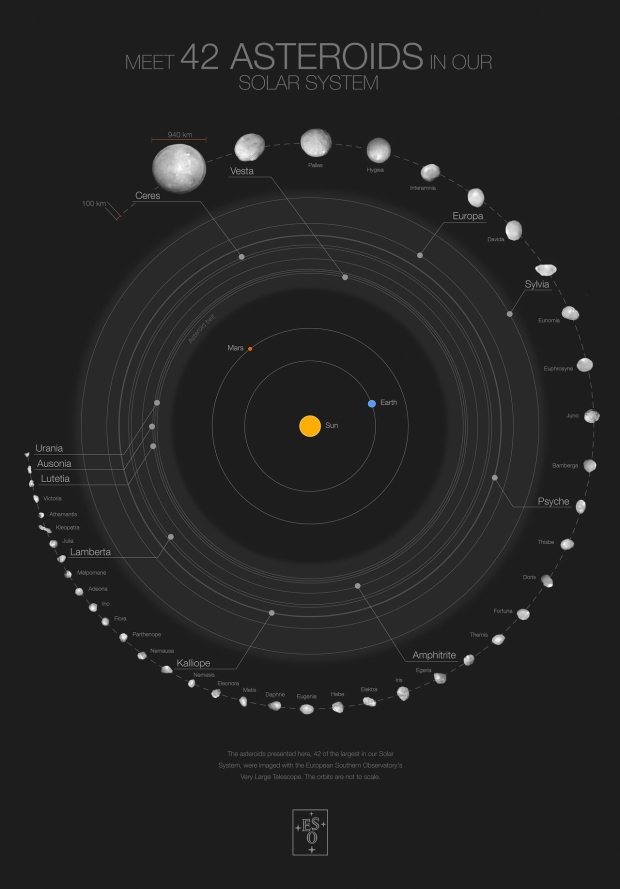 Up until now, key characteristics such as the 3D shape of the asteroids and their density were missing from their models. So, Vernazza and his team performed a survey between 2017 and 2019 to acquire the data to fill these gaps. If you are interested in reading more about these detailed asteroids, check out this link here.